Upstream to gain from output cut

KUALA LUMPUR: The planned crude oil output cut by the Organisation of the Petroleum Exporting Countries and its allies (Opec+) of two million barrels per day (bpd) will have a positive impact on the financial performance of Malaysian upstream oil and gas (O&G) companies.

This is particularly so for those involved in exploration and production “as their earnings will benefit from stronger crude oil prices,” according to Tradeview Capital chief investment officer Nixon Wong. “We see minimal impact on mid-and-downstream companies as their contract flows will remain in tandem with the overall Petroliam Nasional Bhd (PETRONAS) capital expenditure (capex) cycle, which we do not anticipate to change solely due to the production cut,” Wong told StarBiz.

The crude oil output cut by Opec+ will start in November 2022 and is due to end in December 2023.

Also, it was reported that Malaysia will cut its daily crude oil output by 27,000 barrels to 567,000, following Opec+ agreeing on Wednesday to a cut of two million bpd – equal to 2% of global supply.

Noting that the planned cut was around 4.5%, Azim Faris said this was not significant and would not impact PETRONAS’ capex.

“This amount is not too big for them to cut – sometimes, oil production declines naturally because of lower pressure in the well. Sometimes, production is also reduced when maintenance work is done on the oil platforms,” he said.

“Also, most of the O&G production companies did not really invest properly during the last five to 10 years, which has impacted production,” added Azim Faris.

won’t be impacted in terms of crude oil output because their production levels would not make a substantial difference.

“As the cut in the daily crude oil output is short term in nature, this will not have a material impact on the longer-term capex plan by PETRONAS, as that spending has been long overdue after years of under-investments in our view,” said Neoh.

Regarding further potential global oil production cuts in the near future, Azim Faris said Opec+ will continue to monitor factors such as the United States shale production levels.

“Opec+ cut production to sustain the elevated oil price levels, and also maintain its market share. But if the United States shale can replace its market share, then there’s no point in Opec+ cutting production,” said Azim Faris.

Wong also pointed out that potential further cuts to oil production by Malaysia in the near future will mainly be determined by the collective decision by Opec+ going forward, “and we believe this will be more likely if crude oil prices remain weak”.

However, he noted that the ability of such production cuts in sustaining crude oil prices over the longer term may be jeopardised if there is a favourable settlement in the Russia-Ukraine conflict, as this would allow the return of Russian production capacity to the global market, as well as in the case of a global recession – the likelihood of which will depend on the pace of rate hikes by the US Federal Reserve (Fed), as this would lead to a reduction in global energy demand.

“Evidently, strong oil prices are beneficial for Opec+’s key member and co-chair, Russia, which is still engaged in the war with Ukraine. In the interest of this, we believe that Opec+ will likely continue its trajectory of formulating production policy that propels oil prices,” said the research unit.

It also noted that the steep production cuts were in spite of political pressure from key North Atlantic Treaty Organisation or Nato members, particularly the United States and global concerns that an inflationary environment may result in demand destruction.

TA Securities Research pointed out that on the bright side, OPEC+’s policy may have a lower than expected impact on actual crude oil output.

“This is because OPEC+ actual production was about 3.6 million bpd short of its output target in August 2022 (based on Reuters data). As such, this alludes that several member countries are already in

compliance with new limits without having to cut production,” said the research unit.

The bulk of the planned cuts will likely be from Saudi Arabia, the United Arab Emirates, Iraq and Kuwait and their announced collective voluntary output cuts amounted to merely 1.04 million bpd.

“Against this backdrop of resilient and heightened oil prices, we are “overweight on the Malaysian oil and gas sector. We believe that upstream service providers are leveraged towards steady oil and gas capex momentum.

TA Securities Research noted that the impetus is higher capex spend from Petronas and other oil companies in areas such as expansion projects, well drilling, production enhancement, and platform and facilities maintenance. 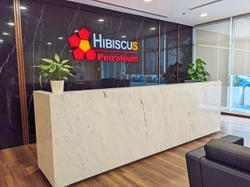