"Next year, RM1.7 billion of the allocation will be used to fund micro-loans and business facilities to benefit small businesses.

"Among others, the Bank Simpanan Nasional (BSN) micro-loans with reading funding of RM950 million. This includes RM350 million for the Keluarga Malaysia Small Business Scheme, where RM150 million has been allocated for Bumiputera entrepreneurs,” he said when tabling the Budget 2023 with the theme ‘Keluarga Malaysia, Makmur Bersama’ in Parliament today.

Tengku Zafrul added that RM300 million had been allocated to TEKUN small business loans scheme that is specifically for Bumiputera, women, youth and the informal sector.

Meanwhile, he said RM200 million had been prepared for business loans for Chinese entrepreneurs with interest rates as low as four per cent.

"Micro-loan facilities under the Indian Community Entrepreneur Development Scheme (SPUMI) have been prepared with RM25 million in allocations. Apart from this, RM100 has also been prepared under the Malaysian Indian Transformation Unit (MITRA),” he added.

Tengku Zafrul said that under the iTEKAD social finance programme, the government would allocate RM10 million, to be matched by financial institutions via zakat payments and cash endowments. - Bernama 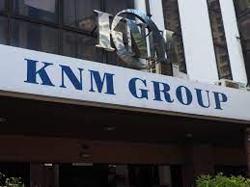