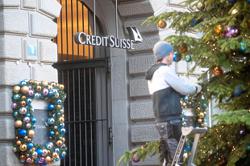 FILE PHOTO: The logo of Swiss bank Credit Suisse is seen at its headquarters in Zurich, Switzerland. REUTERS/Arnd Wiegmann

ZURICH: Embattled Credit Suisse said on Friday it has made an offer to repurchase up to 3 billion Swiss francs ($3 billion) of senior debt securities, aiming to soothe investors concerns ahead of its strategic review later this month.

The lender's shares and bonds plunged this week amid worries about its ability to restructure the business without asking for more money.

"The transactions are consistent with our proactive approach to managing our overall liability composition and optimizing interest expense and allow us to take advantage of market conditions to repurchase debt at attractive prices," the bank said in a statement.

Bank executives spent the weekend reassuring large clients, counterparties and investors about its liquidity and capital. Chief Executive Ulrich Koerner has also told staff in a memo that it has solid capital and liquidity.

Credit Suisse, a global systemically important bank and one of the largest banks in Europe, has had to raise capital, halt share buybacks, cut its dividend and revamp management after losing more than $5 billion from the collapse of investment firm Archegos in March 2021, when it also had to suspend client funds linked to failed financier Greensill.

The bank is due to present its new business strategy on Oct. 27, when it announces third-quarter results.

The bank has been working on possible asset and business sales in a bid to return to profitability.

On Thursday, it said it is looking to sell its famed Savoy Hotel in the heart of Switzerland's financial district, a deal that local media said could raise around 400 million francs. ($1 = 0.9897 Swiss francs) - Reuters 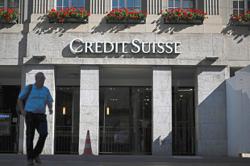 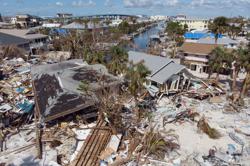