, is considering raising as much as US$700mil (RM3.24bil) in loans, according to people familiar with the matter.

The Kuala Lumpur-based company is asking banks to submit proposals for the financing, the people said, asking not to be identified because the matter is private.

Funds from the loans could be used for capital expenditures and overseas expansion, one of the people said.

Should the financing go ahead, the company is unlikely to move forward with a plan to raise as much as US$600mil (RM2.78bil) from a share sale, one of the people said. edotco was working with an adviser on a potential equity offering, Bloomberg News reported last month.

Discussions are preliminary and the company could still decide against taking out the loans, the people said. Representatives for Axiata and edotco declined to comment.

Founded in 2012, edotco has a portfolio of over 54,000 towers across nine Asian nations including Malaysia, Thailand, Pakistan and Myanmar, according to a recent statement.

Axiata is the controlling shareholder of edotco, while other minority holders include sovereign wealth fund Khazanah Nasional Bhd and Innovation Network Corp of Japan.

The company’s services include tower leasing, colocation, operations and maintenance. In April it acquired almost 3,000 towers in the Philippines from PLDT Inc. — Bloomberg 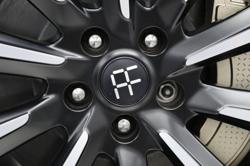