SHANGHAI: BlackRock Inc is replacing the head of its China wealth management unit, less than two years after the investment giant began competing in the US$4 trillion (RM18.6 trillion) market.

Ji Bing, general manager of BlackRock CCB Wealth Management, a joint venture with China Construction Bank Corp and Singapore’s Temasek Holdings Pte, will return to Hong Kong and the company is “exploring future roles” for him, BlackRock said in an emailed statement to Bloomberg News.

He’s set to be succeeded by managing director Fan Hua, who will report to Tony Tang, head of China, according to the statement.

The appointment of Fan, previously with the wealth management unit of China Merchants Bank Co, is pending regulatory approval.

Global managers are facing growing pressure in the market for wealth management products as falling yields and stock declines erode returns and competition heats up.

“Our wealth management joint-venture business in China has achieved much over the last year,” BlackRock said, adding that Ji has been a “key architect” of the growth and driving force in establishing the business.

“Our wealth management business in China is now ripe for the next stage of leadership, following Bing’s contribution, for which we are truly grateful.”

It has since launched five products, raising more than seven billion yuan (US$973mil or RM4.5bil). Yet the first two products, both equity-focused, have fallen below their initial net asset values amid stock market declines.

Wealth management products have come under pressure this year, especially in the first quarter as stocks slumped, with almost 20% of them incurring a loss as of March 18, before the percentage dropped as markets recovered, according to PY Standard, a Chengdu-based research firm that tracks the industry.

Ji was appointed head of the joint venture in October 2020, after more than 12 years working for BlackRock’s institutional business development and client service in China, according to his LinkedIn profile. 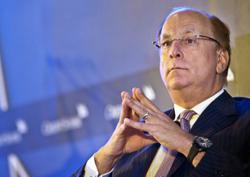