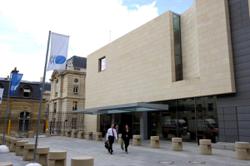 THE 2022 budget was short on outlining any initiatives to enable Malaysia to build a sustainable tax revenue base.

The review of the tax incentives regime has yet to be finalised and hopefully, some progress will be announced in the coming budget.

We expect Budget 2023 to outline a more structured mid to long-term reform of the tax system so that we can build a sustainable tax system given the growing demands to meet the needs of the nation’s citizens.

Malaysia also needs to, in the medium term, broaden the scope of the existing sales and service tax (SST) and ultimately make it a broad-based consumption tax with added features such as tax invoicing similar to a value-added tax.

One area that is expected in Budget 2023 is an announcement of the government’s plan to rationalise subsidies.

This has been an area that has taken far too long to address and of course, the current economic re-opening and inflation level also prevents too rigid an approach.

So, at least the fuel subsidy can be one that could be implemented soonest once the mechanism is finalised following the pilot that the Finance Ministry started a few months ago.

Another matter that irks businesses is the fact that the fees paid to tax advisers and company secretaries for the various services rendered are subject to a restriction.

With the need to push corporate governance and compliance, shouldn’t such costs be allowed a full deduction?

The recent Corporate Tax Governance Framework issued by the Inland Revenue Board (IRB) encourages companies to enhance their processes and governance with regard to income tax matters.

Why then does the IRB state that costs incurred for advice and assistance to develop the Tax Governance Framework are not tax deductible?

Another important aspect that is hoped will be announced is the reversal of the change made in the 2021 budget wherein intangible assets were excluded in the definition of the term “plant”.

By introducing the change, this meant that intangible assets such as computer software, licences, trademarks, patents, films, copyrights and the like are not eligible for capital allowances/tax depreciation despite being utilised in the production of taxable income.

The change announced in the 2021 budget was truly surprising, given the move towards a digitalised and knowledge-intensive economy.

A sustainable tax structure for the future is probably in the pipeline, though such matters can be excruciatingly slow in coming into fruition due to the lack of political will and vested interests.

We cannot keep on borrowing and servicing debt. We must remove all unnecessary exemptions and deductions and simplify things for all to be part of the tax net and push forward towards a reliance on consumption taxes.

It is all about balancing revenue and expenditure.

Tax reform initiatives as proposed by the Tax Reform Committee will continue to be implemented by the government with the objective of broadening the tax base as stated in the pre-budget statement issued by the Finance Ministry not long ago.

The tax net can be widened by curtailing tax evasion, curtailing smuggling, registering those who should be registered as taxpayers and devising strategies to ensure that all who should be taxable are indeed taxed.

Greater accountability on where our tax ringgit goes and how it is utilised is essential to further narrow the trust deficit that exists.

The e-Invoicing system will also support the use of a tax identification number as a measure to expand the income tax net.

Presently, the government and the Organisation for Economic Co-operation and Development or OECD are discussing the implementation of taxation on the digital economy under the Base Erosion and Profit Shifting Action Plan 1 and have agreed to implement the Two-Pillar approach (ie, Pillar 1 and Pillar 2).

The government is currently reviewing technical details including the possibility of introducing a Qualified Domestic Minimum Top-up Tax or QDMTT under Pillar 2.

Given the challenges for some industries coming off the pandemic, labour-reliant industries could benefit from tax incentives and priority could be given to automation and levelling up technology for industries, including small and medium enterprises.

There could be a need to support other industries such as the tourism sector, which has still not fully recovered from the pandemic, and this may require the tourism tax being waived as well as extending the personal relief on local tourism expenditure of RM1,000 or increasing that to RM3,000 for one or two years to push domestic tourism.

The increased business costs being faced by businesses including the push to adopt environmental, social and governance standards may well require a reduction in the concessionary income tax rate for small companies from the current 17% to 15% on the first RM600,000 of chargeable income which could also be raised to RM1mil.

The need for a higher fund allocation for automation, digitalisation and facilitation funds with low interest rates and a more simplified application process will also be helpful.

The automotive sector may receive a boost from incentives to expedite electric vehicle (EV) production and adoption, with possible clarity on the forthcoming excise duty reforms.

A clear national strategy on electrification is needed as certain jurisdictions are focusing on hydrogen as being a key driver of green efficiency instead of relying on battery EVs or plug in hybrid EVs.

The full import duty and excise duty exemption on imported EVs till Dec 31, 2023 should be extended.

This is as the local assembly of EVs is not an easy proposition and requires time, scale and capital.

Further, incentivising the people with much cheaper EVs is needed.

In the meantime, the hybrid EV (HEV) can offer a swifter transition towards emission reduction and eventual full EV adoption, primarily due to the HEV being more affordable relative to the EV.

Mature technology has already allowed the local assembly of the HEVs for the mass market. This can be used to further promote the eventual transition to EVs in the future when it becomes more affordable supported by mature infrastructure.

In addition, the EV infrastructure, be it the EV charging facilities or the hydrogen refuelling stations, needs to be further developed and if that is in place, then we will see greater acceptance of EVs.

It is worth noting that Budget 2023 could turn out to be an election budget with a slew of populist measures.

Against this backdrop, debt, and inevitably debt service charges, will rise.

Given that Malaysia’s narrow tax base means high concentration revenue risk to the overall economy, its fiscal vulnerability could increasingly become a trigger factor for sovereign rating downgrades by international credit rating agencies.

It is hoped that the government will play its part in ensuring balance and managing the economy well instead of scoring brownie points that may damage the rather fragile fiscal momentum. 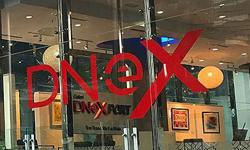 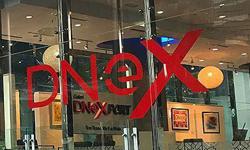