People walking down a busy street in Yokohama’s Chinatown.. — AFP

TOKYO: Core consumer prices in Japan’s capital, a leading indicator of nationwide inflation, rose 2.8% in September from a year earlier, exceeding the central bank’s 2% target for a fourth straight month and marking the biggest gain since 2014.

The data reinforced market expectations that nationwide core consumer inflation will approach 3% in coming months and may cast doubt on the Bank of Japan’s (BoJ) view that recent cost-push price increases will prove temporary.

The Tokyo core consumer price index (CPI), which includes oil products but excludes fresh food prices, was in line with a median market forecast and followed a 2.6% gain in August. It matched a 2.8% gain in June 2014.

Prices rose for a wide range of goods and services from electricity bills and chocolate to sushi and hotel bills, yesterday’s data showed, indicating that more firms were passing on rising raw material costs to households.

“There’s still a strong possibility inflation will gradually moderate next year due to peaking energy costs and the chance consumers won’t be able to swallow further price hikes.”

The data is among key factors the BoJ will scrutinise when it produces fresh quarterly growth and inflation forecasts at its next policy-setting meeting on Oct 27 and Oct 28.

The nationwide CPI data for September is due on Oct 21.

BoJ governor Haruhiko Kuroda has pledged to keep monetary policy ultra-loose despite the recent rise in inflation, which he sees as driven by temporary factors such as higher fuel and raw materials costs rather than strong consumption. — Reuters 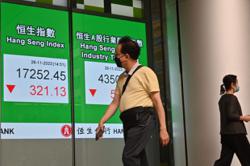 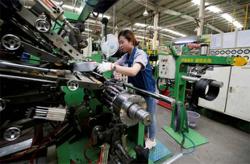