executive chairman Tan Sri Liew Kee Sin has been named as an honorary Commander of the Most Excellent Order of the British Empire (CBE).

In a statement today, the British High Commission Kuala Lumpur said Liew was honoured for his services to successful regeneration and development projects in the UK and for his contribution to the UK-Malaysia trade and investment ties.

“Liew, who was the chief executive of S P Setia Bhd, brought together a consortium including Sime Darby Bhd

and the Employees’ Provident Fund board in successfully bidding to redevelop the Battersea Power Station from an electricity-generating station lain dormant for decades into an integrated retail, office, leisure and housing real estate.

“He was appointed as the first chairman of the Battersea Project Holding Co in 2012, a position he held until September 2015. Under his stewardship, the Battersea project was the largest ever inward investment from Malaysia into the UK.”

, another prominent property developer in Malaysia.

“EcoWorld International has over the last decade entered into joint ventures with UK companies Ballymore and Willmott Dixon to deliver large development projects in the UK.

Under Liew’s leadership, EcoWorld International has also helped to bring into the UK several new Asian lenders such as UOB and Bangkok Bank, in addition to existing Malaysian banks such as CIMB and Maybank who had been operating in the UK, as well as engaging UK companies in its supply chain procurement contracts.”

Reflecting on the honorary award, Liew said: “I am deeply honoured to receive this award and would like to acknowledge the contributions of so many of my current and former colleagues, as well as bankers and business partners, in everything that we have collectively achieved together.

“I would also like to thank the British and Malaysian government for their generous and unwavering support when the various projects and ideas for development, inbound and outbound investments were presented to them, which have contributed immeasurably to the success of both the Battersea consortium as well as EcoWorld International today in the UK.”

He added that the award will motivate him to do more to make a positive difference, as we all endeavour to play a meaningful role to help make the shared planet a better place.

Liew is one of three living Malaysians to carry this honour.

In the same statement, British High Commissioner to Malaysia Charles Hay said he was pleased that Liew has been recognised for his immense contribution to the bilateral trade and investment ties between the UK and Malaysia.

“The iconic Battersea regeneration development and other projects in the UK that he led, have created huge economic benefits as well as tremendous value in the green and regeneration agenda.

“His remarkable acumen, vision and determination are attributes admired by his peers and inspirational to others.”

Hay will present the honorary award to Liew on behalf of His Majesty King Charles III at a later date.

Liew was also recognised as UK-Malaysia Business Personality of the Year by the British Malaysian Chamber of Commerce at their inaugural Business Excellence Awards in 2018. 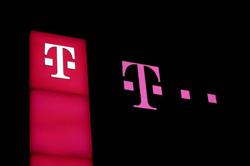