BEIJING: Asia’s factories are displaying a split track of recovery, with manufacturing powerhouses in the north turning weak and key supply chain hubs in the south showing resilience amid China’s growth slowdown.

Purchasing managers indexes (PMIs) for much of South-East Asia showed improvement, with Indonesia at 53.7, matching its January reading for the best this year.

Thailand’s reading was a record high in data back to 2016, and the Philippines also edged up in September.

Malaysia was a rare weakening in South-East Asia, slipping to 49.1 after 50.3 in August.

A reading above 50 indicates expansion from the previous month, while anything below indicates contraction.

North Asia showed more of the pain in September PMIs.

Taiwan and Japan eased from the prior month, with Taiwan’s PMI slumping to 42.2, its worst since the pandemic-era low in May 2020, according to S&P Global.

South Korea’s PMI is set to be reported today.

The factory figures are one piece of an increasingly downbeat outlook for the global economy, with a wave of interest-rate hikes yet to defeat rampant inflation and growth concerns on the rise.

Slumping demand for technology and semiconductors is hammering exports from Asia’s northeast manufacturing powerhouses including South Korea, Taiwan and Japan, and weighing on sentiment among producers. — Bloomberg 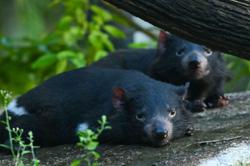