The role of circular economy in achieving green growth

Going green: Budget 2023 can include recycling programmes and zero waste initiatives to encourage people to recycle plastic in exchange for rebates to purchase basic necessities.

AT the Paris Agreement in 2015, Malaysia pledged to reduce its greenhouse gas (GHG) emission intensity of gross domestic product (GDP) by 45% in 2030.

The government then once again reiterated its stance in advancing green aspirations by setting an ambition to become a carbon-neutral nation by 2050 as laid out in the 12th Malaysia Plan (12MP).

Under Theme 3: Advancing Sustainability of the 12MP, embracing a circular economy is amongst the key initiatives of Malaysia’s aspirations towards sustainability.

Now, more than ever, we continue to consume non-renewable resources such as metal ores and fossil fuels, a practice that has taken a significant toll on the environment and is ultimately not sustainable.

To further exacerbate this issue, the path of waste is rather linear – flowing in one direction from production to consumer to litter, incineration or landfill.

In 2021 alone, it is estimated that Malaysians have generated 38,427 tonnes of waste per day, of which 82.5% are disposed in landfills.

In 2022, the amount of Municipal Solid Waste (MSW) collected is projected to reach 14 million tonnes per annum, enough to fill the Petronas Twin Towers every seven days.

Adopting a circular economy presents us with an alternative way to the “take-make-waste” living, in which practices of reusing resources and refurbishing existing products are the norm.

The life cycle of products is extended, and waste can be reduced to the minimum. Transitioning to the circular economy model also translates to reduced emissions of GHG as resources are being kept in the loop for an extended time.

Ultimately, the model can help meet Malaysia’s climate targets by transforming the way we produce and consume goods.

This pro-environmental economic model has also been proven to induce visible changes in the labour market.

Within just two years of launching its ambitious Circular Dutch by 2050 programme, the Netherlands rolled out 85,000 circular initiatives including 420,000 jobs.

Companies may also benefit from the circular economy model, as more job opportunities mean more business growth potential, and existing companies will have a secure and more sustainable supply chains since dependency on finite resources will be reduced.

Malaysia has every potential to transition to a circular economy, and this is where the government plays an instrumental role to create enabling conditions.

As such, concrete guidelines and legislation for the circular economy as stated in the 12MP must be developed at haste.

Regulatory instruments such as introducing performance standards, bans, implementing monitoring processes and targets, may be impactful to achieve compliance.

The momentum must be set by the government. For example, in Quezon City in the Philippines, its government introduced the Green Building Ordinance of 2009 which mandated buildings built post-2011 to comply with green building standards.

This includes the use of eco-friendly technology and system in the planning, design, construction, operation, and maintenance of building projects in the city.

The ordinance is complemented by an incentive in the form of tax credits for land users, developers, and planners who incorporate, implement, install, and use environment friendly technologies that promote biodiversity, improve the state of health of the population and abate the continuing destruction of ecosystem, ground water and air quality in their building project.

This segues to a call for economic incentives that would encourage companies and the individual rakyat to play our part to make this shift towards circular economy sustainable.

In the Budget 2023 proposals, it would be uplifting to see tax incentives including value-added tax (SST) exemptions to promote the adoption of circularity amongst Malaysian businesses and the phasing out of subsidies that are environmentally harmful (fossil fuels, for instance).

Financing will also be crucial – in particular, the access to it especially for small and medium enterprises (SMEs).

Making up 98.5% of Malaysia’s business establishments, hurdles faced by SMEs will limit the speed at which our economy will transition towards a circular economy.

The government should introduce a framework that would encourage financial institutions to accelerate financing for a circular economy – for example, provide resources for circular investments, offer insurance products suitable for circular practices (such as leasing and sharing) and develop rating systems and information disclosure requirements that can help improve transparency around sustainability-related business risks.

At the rakyat’s level, net-zero ambitions require lifestyle changes that can be incentivised.

For example, Budget 2023 can include recycling programmes to encourage people to sort and recycle plastic in exchange for credits that can be used in public transportation systems or as rebates to purchase basic necessities.

This approach has been shown to be effective in Rome where plastic recycling machines placed in metro stations resulted in 350,000 plastic bottles recycled within one month of the campaign and more than five million recycled in two years.

We need actions now because resource scarcity risks, fluctuating costs of raw materials and unresolved waste management issues are becoming material risks for companies and the rakyat as a whole.

Thus,the circular economy presents itself as an opportunity for our government to weave together initiatives – hopefully introduced in Budget 2023 – to enable job creation and business opportunities so as to secure progress towards achieving Malaysia’s green growth aspirations.

Phang Oy Cheng is head of sustainability advisory services at KPMG Malaysia. The views expressed here are the writer’s own. 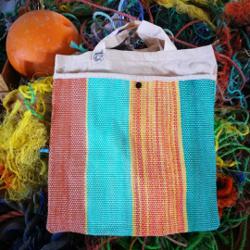