I’VE rarely felt more trepidation about writing a column than this one. But here goes: After more than a century of almost continual growth, the world’s appetite for oil is peaking, and will soon enter terminal decline.

That’s hard to write, because those who’ve called a top in oil have a forecasting record on a par with film producer Harry Warner’s scepticism that people in the 1920s wanted to see talking pictures. 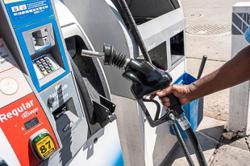