(KPS) revenue is expected to continue growing as demand for consumer electronic products remains high which eventually will drive its bottom line higher in the financial year 2023 (FY23).

However, for the financial year FY22, its net profit is expected to contract 13.2% on a flattish turnover.

This is as demand for consumer electronics comes off its peak as seen during the pandemic.Kenanga Research said the situation would improve in FY23, spurring a 14% growth in net profit on the back of a 5% increase in turnover.

The research house valued KPS at 77 sen a share based on FY23 price-earnings ratio (PER) of 10 times.

This is in line with the average forward PER of the manufacturing sector.

The key risks include the global economy slipping into a sharp slowdown or recession, hurting demand for manufactured products, labour shortages and escalating input costs.

There are risks in termination or non-renewal of contracts by key clients, resulting in both financial and reputational loss.

It initiated coverage on KPS as the company has a diversified portfolio of products, catering to both the industrial and consumer electronics space, long-term growth underpinned by expansion in its overseas operations.

KPS is expanding its role in the supply chain of a global consumer appliances giant, which will raise its profile as a contract manufacturer in the international market).

Kenanga Research said there would be continued order uptrend for electronic products due to the growing pace of digital transformation worldwide.

It said the United States-China trade tension and the desire by multinationals for greater supply chain resilience were also favouring manufacturers in South-East Asia including Malaysia, Vietnam and Indonesia where KPS operates.

KPS has plans for its plant expansion which is also expected to boost prospective earnings. It has a new 130,000-sq-ft plant in Bac Giang Province in Vietnam which is due to start in the first quarter of FY22 (4Q22).

Another key subsidiary, CPI Penang Sdn Bhd, is expected to commence operation of a new Penang electronics manufacturing services facility by 4Q22. This will add 30% more capacity to support sustainable topline growth in the coming years. 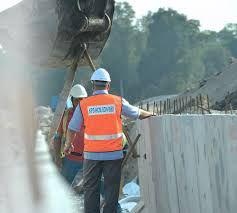