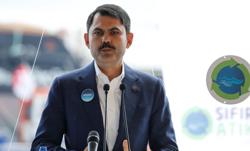 Low-carbon goal: A fruit vendor at a market in Hanoi. Vietnam had quite a high emission intensity per gross domestic product unit compared with other countries in the South-East Asian region. — AP

HANOI: Promoting the use of carbon pricing instruments with a focus on the development of a carbon market was important for Vietnam to achieve its net-zero emission goals, experts say.

Greenhouse gas emissions in Vietnam increased rapidly over the past three decades in direct proportion to the economy’s growth.

According to a recent report on greenhouse gas emissions by the Ministry of Natural Resources and Environment, total emissions would reach 928 million tonnes of carbon dioxide (CO2) equivalent by 2030 and 1.5 billion tonnes by 2050 in a moderate scenario.

Vietnam had quite a high emission intensity per gross domestic product unit compared with other countries in the South-East Asian region, at about 0.35 kg CO2 per US$1 (RM4.60).

To realise the goal of becoming a high-income country in 2045 and achieving net zero emissions by 2050 as committed at United Nations Climate Change Conference or COP26, Vietnam was facing challenges in creating a low-carbon but rapidly growing economy.

It was necessary for Vietnam to raise all resources and apply innovative solutions, among which, carbon pricing, including carbon tax and an emissions trading market, are regarded as an effective and feasible tool.

According to Vietnam Initiative for Energy Transition, Vietnam indirectly imposes a tax on carbon through the environmental protection tax on fossil fuel producers and importers. However, this tax rate did not really reflect the nature of carbon pricing.

International experience showed that carbon tax and an emissions trading market could be flexibly applied in tandem to optimise emissions reductions.

However, the emissions trading market was becoming more and more popular because it allowed businesses to be flexible and proactive in choosing measures to comply with emissions quotas and achieve cost-effectiveness.The Vietnamese government recognised the development of a carbon market as a must-do to respond to climate change and protect the environment.

Wolfgang Mostert, an expert in energy and climate policies, said that carbon pricing was a policy toward efficiency to achieve emissions reduction goals at the lowest cost.

The carbon market played an important role in the process, however, it would take time and require a large investment to develop and operate this market, he said.

In the current context of deepening economic integration, many countries were striving to reduce greenhouse gas emissions which became a mandatory requirement for enterprises.

Emissions reduction was not only to reduce harm to the environment but also to move towards sustainable development and meet the green standards of importing markets.

Vietnam’s major export markets, including the European Union and the United States, were preparing to pilot the implementation of the carbon border adjustment mechanism.

Accordingly, technical barriers and regulations related to emissions reduction would be erected to force enterprises to follow and a carbon tax would be imposed if enterprises did not meet the requirements. — Viet Nam News/ANN 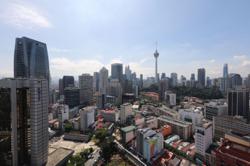