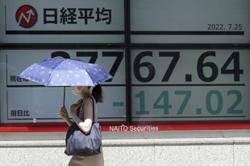 TOKYO: Japanese stocks have been more resilient than many markets this year and their valuations are attractive, with big exporters and global firms reaping big profits from the weak yen, and in normal times this might lure foreign investors to pile in.

But these are not normal times.

As the yen’s slide gathered pace, reaching a 24-year low last week and down about 20% so far in 2022, foreigners distanced themselves from Japan stocks, selling 1.5 trillion yen (US$10.4bil or RM47.9bil) in shares in the June-to-August period.

Analysts and market players say many foreigners, who account for about 70% of trade on Tokyo’s main Prime share market, have withdrawn to the sidelines as they sort out often contradictory market trends, including Japan’s conflicting actions on the yen, while tending to take their cues from slumping overseas markets.

And this, they say, is keeping Japan’s share benchmark stuck in a range, resisting tailwinds that could be sending it higher.

“Japanese share fundamentals are solid but they are falling on overseas elements.”

Toyota Motor, one of Japan’s biggest exporters and a big beneficiary of the weak yen, has lost about 5.6% of its value this year, outperforming the nearly 40% slide in US peer General Motors.

Japan’s benchmark Nikkei 225 is down 7.7% this year, compared with a 19.4% drop in the Dow Jones Industial Average and a 26% decline in world stocks.

“The weak yen is obviously positive for exporters and that is why Japanese shares are outperforming overseas peers,” said Norihiro Fujito, chief investment strategist at Mitsubishi UFJ Morgan Stanley Securities.

However, the Nikkei has held to a relatively narrow range of about 26,000 to 29,000 for the last six months while valuations still lag, at 12.11 times earnings for the next 12 months, in yen terms, compared with 17.23 times for components of the Dow.

While domestic investors have helped to keep the market buoyant as foreigners departed, buying a net 1.7 trillion yen in shares in the June-to-August period, analysts and investors expect that uncertainty around the yen’s weakness, and the United States-Japan yield gap that has driven it, will keep foreigners wary. — Reuters 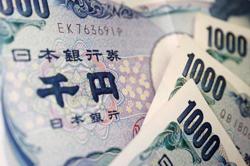