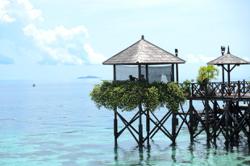 KEPALA BATAS: The Ministry of Housing and Local Government (KPKT) hopes its application for 100 per cent stamp duty exemption for ownership of first-time homeowners of properties priced above RM500,000 and RM1 million would be approved at the tabling of Budget 2023 next month.

Its Minister, Datuk Seri Reezal Merican Naina Merican said that for now full stamp duty exemption was only for first-time homeowners of properties priced RM500,000 and below through the Keluarga Malaysia Home Ownership Initiative (i-MILIKI), while houses priced above RM500,000 to RM1 million were given a 50 per cent stamp duty exemption.

"I hope the Ministry of Finance will consider giving a 100 per cent stamp duty exemption for houses priced above RM500,000 to RM1 million because property buyers in this price range usually comprise those from the M40 group.

"I do not want us to be seen as only defending the needs of the B40 group and I hope this application will be approved, on condition it is for the first house and developers give a discount of 10 per cent to the buyers,” he told reporters after launching the ‘Karnival Jom Beli Rumah Wilayah Utara’ here today.

In addition, Reezal also hoped that the Skim Jaminan Kredit Perumahan (SJKP), which provides financing guarantees totalling RM2 billion under Budget 2022, would be continued under Budget 2023 which will be tabled on Oct 7.

He said the SJKP played a vital role in boosting the property market as it enables those who can afford to buy but do not have official income documents (pay slips) or fixed income to obtain mortgage financing of up to 100 per cent from selected financial institutions.

Commenting on Karnival Jom Beli Rumah Wilayah Utara, he said the three-day carnival offered more than over 92,000 units of houses throughout the northern region and is expected to attract over 15,000 visitors.

"This carnival is organised in conjunction with the Home Ownership Programme (HOPE) Tour series, with the agenda being home ownership among the low- and middle-income groups,” he said. 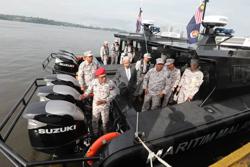 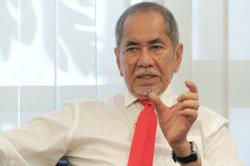