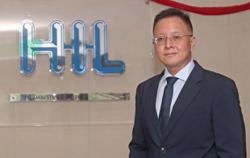 Thim Loong: We are already seeing a slowdown in consumer electronics but this was offset by the demand from other industries.

For its latest quarter ended June 30, 2022, the electronic manufacturing solution provider reported a 158.33% rise in net profit on a quarter-on-quarter basis.

That could very well explain its share price performance, which is up 66.38% since its listing only in May this year. In comparison, the FBM KLCI had dipped by 2.23% in that period.

Cnergenz was listed on the ACE Market of Bursa Malaysia with a historical price-to-earnings (PE) ratio of 19.27 times. Now, its PE ratio stands at 30.91 times, going by Bloomberg data.

The question though is, whether the group can maintain such a growth trajectory, or even match its latest quarterly result, considering overall economic slowdown concerns.

One thing going for Cnergenz, though, is that it is not a new company. Yhin Choy: Over the years, we have evolved and now we can build production lines from scratch.

It can trace its beginnings way back to 2004.

“We are very experienced in what we do. All our new business comes from referrals or derived from existing customers on repeat sales,” chief executive officer Lye Yhin Choy tells StarBizWeek.

“Over the years, we have evolved and now we can build production lines from scratch,” says Yhin Choy.

The company’s business now involves end-to-end design, development and commissioning of production line systems. And it has been catering to the electronic and semiconductor industry. It has amassed a wide portfolio of clients across industries.

“We have established working relationships with our customers and suppliers that spans across 12 to 17 years. We try to provide them with the best solutions that are not only cost effective but also increase their productivity.

“With our proven expertise, our customers grow together with us. When they have expansions or new offerings, they would choose to work with us again,” says Yhin Choy.

“We do not rely solely on one customer. A customer may be our top client for that year and not so anymore the following year.

“Right now, we are already seeing a slowdown in consumer electronics but this was offset by the demand from other industries. Our diversified business model will insulate us from the effects of a recession, should there be one,” says.

Since the early 2000s, a number of industry players migrated from Malaysia to Thailand due to lower manufacturing costs. Yhin Choy says Cnergenz followed that trend and this is what helped it venture into Thailand since 2006.

In 2008, the group also ventured into Vietnam.

“Owing to our strong presence in Malaysia, we actually went to support our clients who were opening up new subsidiaries and factories in Thailand then.

“Not long after, when the global financial crisis broke out in 2008, many factories from the United States and South Korea began to look to Vietnam for expansion. We went along that trend as well,” says Yhin Choy.

Presently, sales from Thailand and Vietnam account for 50% of revenue while local sales make up the other half.

“Our business relies on our clients’ capital expenditure (capex) spending. With all these economic factors at play, many multinational corporations that are operating in China will be looking to set up their operations in other countries.

“We believe that the bulk of these transfers will fall within the three markets that we operate in and for the next three to five years, capex spending is expected to be very high in these regions,” says Thim Loong.

He adds that the rise of digitalisation will also benefit Cnergenz.

“With digitalisation, there are components like IR4.0, 5G and electric vehicles that are driving it. There is no such thing as going backwards once digitalisation happens.

“That is why the group is quite bullish now. This is also why we decided to be listed, to grow our new business which is automation,” he says.

To date, the group has completed a project with a client in Vietnam, where Cnergenz was able to help the client to see cost savings up to 88% through the automation solutions the group offered.

“That project was in Vietnam and as you know Vietnam labourers are cheap, so why did the client still choose to automate their production? The reason being automation helps to reduce operating costs as well as human errors,” says Yhin Choy.

The group believes that automation is the way forward in manufacturing and the solution for the labour issues in Malaysia.

“If Malaysia continues to import cheap labourers from other countries, our country will never be free of the labour trap that it is in.

“Automation will not only help us to move up the value chain and thereby increase our earning per capita but it will also improve the status of Malaysian workers, as many more can be freed up to be upskilled for higher skilled jobs,” says Yhin Choy. 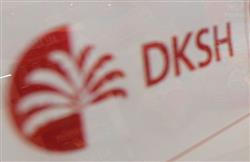