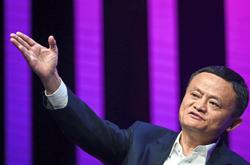 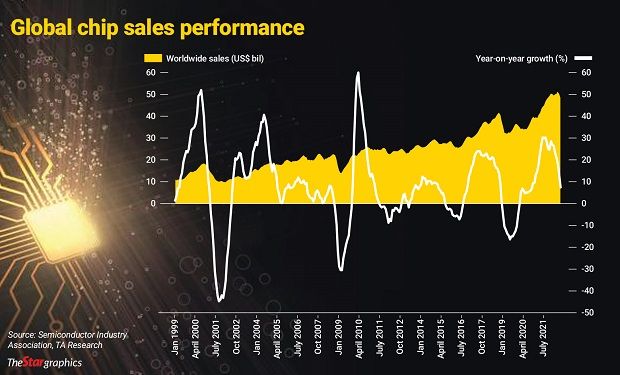 PETALING JAYA: Semiconductor sales have been losing momentum, with macroeconomic headwinds starting to weigh on demand, especially out of China due to Covid-19 lockdowns.

Global chip sales in July fell 2.3% month-on-month to US$49bil (RM220bil), the second consecutive month of moderating sales after the record US$51.8bil (RM233bil) in May.

This was as sales in all regions were softer, with the exception of Japan and Europe, according to the World Semiconductor Trade Statistics Organisation’s (WSTSO) latest report.

On a year-on-year (y-o-y) basis, July sales were up 7.3%, which is the lowest growth rate since December 2020, albeit after 30 consecutive months of y-o-y growth.

Based on the prospects for sustained growth of the sector moving ahead, TA Research has maintained its “overweight” stance on the semiconductor sector, with a “buy” call on companies like Inari Amertron Bhd

“We favour players that offer near-term resilience and growth prospects,” it said.