PETALING JAYA: Policy support and the improving competitiveness of renewable energy will fuel emerging Asia’s long-term transition to a lower carbon energy mix, albeit at different speeds, according to Moody’s Investors Service.

“Government policies, such as priority in dispatch and mandatory renewable energy consumption targets, will further support the sector’s development in emerging Asia.

“Still, the move away from coal will depend on how governments balance near-term objectives such as energy affordability and security against long-term emission reduction goals,” Moody’s vice-president and senior credit officer Boris Kan said in the report.

It added that emerging Asian countries depend on shifting the fuel mix from mainly thermal power towards clean and renewable energy to reach net-zero emissions.

It noted the International Energy Agency’s stated policy scenario predicts total installed non-hydropower renewable capacity in China, India and South-East Asia will increase from about 700 gigawatts in 2020 to about 5,300 gigawatts in 2050.

“In emerging Asian countries such as India and China, wind and solar power are the most competitive energy sources, mainly driven by a drop in wind turbine and solar module prices over the past three to five years despite recent price volatility,” it said.

As for Malaysia, the report said the government has outlined a target of increasing its renewable generation capacity to 31% by 2025 and achieving carbon neutrality by 2050, at the earliest. 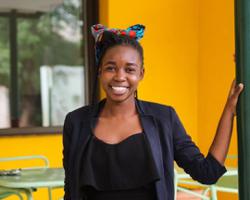