Challenging weather: Rows of corn plants in a farm. North Dakota corn is desperate for rain and pollination problems are now coming to light, hence the small yield reduction. — AFP

US Crop Watch producers in the Western Corn Belt continue to lament the recent dry weather pattern that has hurt both corn and soybeans, causing further yield reductions this week.

However, there are chances for rain on multiple days this week in western areas, including on Monday, and that could increase soybean outlooks in particular if amounts are sufficient.

Producers in eastern states may have to wait until this weekend for their next rain chances, though cool weather will help combat any dry conditions.

Moderate temperatures will also extend westward this week, easing some of the crop stress.

The best rains last week were observed in the Illinois Crop Watch locations, each with about an inch, but amounts were lower everywhere else including a couple tenths at best in most western locations.Corn

The weekly yield scores are on a one-to-five scale, with three representing average yield expectations and five record or near-record yields expected.

The unweighted, 11-field average corn yield fell to 3.82, identical to the year-ago score, from 3.93 last week after a small bump in southeastern Illinois was offset by larger declines in South Dakota and western Iowa, and lighter cuts in North Dakota and Ohio.

Kernel filling is a problem in western areas like South Dakota and western Iowa, where rains have been too sparse and the corn is stressed.

The North Dakota corn is also desperate for rain and pollination problems are now coming to light, hence the small yield reduction.Crop Watch corn in Nebraska is irrigated and scores a 3.25 yield for now, but the producer says the rating would be a point lower without the irrigation.

There was no change to the 2.5 corn yield in Kansas this week, though the producer notes the field may be ready for harvest within two weeks, very early as the hot and dry weather has fast-tracked corn to maturity, bypassing yield opportunities.

The opposite problem exists for the early-June planted corn in Ohio, as the producer is concerned the lack of heat in the forecast will not get the crop to maturity in a timely fashion. However, cooler weather is great for grain fill in the meantime.

The 11-field average Crop Watch soybean yield fell to 3.59 from 3.73 last week after larger reductions in Kansas and eastern Iowa and smaller ones in South Dakota and Nebraska.

That is the lowest soybean yield of the season so far, but there is potential for recovery with upcoming rain chances.

Soybeans are still trying to bloom in some areas, including South Dakota and Nebraska, and this could add extra pods if rains arrive, but the Nebraska producer says it will probably be too late after 10 days.

The Nebraska soybeans are not irrigated.

The eastern Iowa soybean yield dropped to 4.5 from five because too many damp, foggy mornings have led to white mould in parts of the field, which is a risk especially in northern areas with this type of weather.

The North Dakota producer believes foggy mornings may be helping his parched field for now, but he notes a lot of pod abortion.The average mid-August Crop Watch corn yield was very similar to the final in both 2021 and 2018, though 2020 ended worse than mid-August predictions and 2019 a little better. 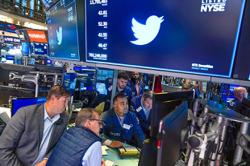 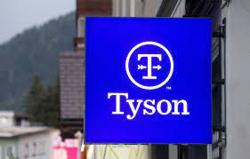