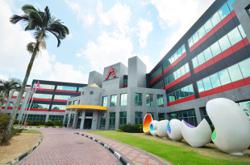 UOB Kay Hian Research said the property investment and development company’s core net profits of RM327mil (earnings per share of 18.09 sen) in the first half of 2022 (1H22) was in line with its forecast and at 46% of full-year estimate.

PETALING JAYA: KLCCP Stapled Group (KLCCP) is projected to sustain growth in earnings on the back of the improving performance of its retail and hotel segments, fuelled by economic recovery and lifting of border controls.

UOB Kay Hian Research said the property investment and development company’s core net profits of RM327mil (earnings per share of 18.09 sen) in the first half of 2022 (1H22) was in line with its forecast and at 46% of full-year estimate.

“The earnings recovery for 2022 of 14% year-on-year (y-o-y) is boosted by the retail and hotel segments mainly due to reduced rental assistance and higher international patronage,” UOBKH Research said in a report yesterday.

Although the Mandarin Oriental (MO) hotel recorded losses of RM4.5mil for the second quarter of 2022 (2Q22), the occupancy rate at the hotel topped 55% during the weekends.

This reflected a surge in demand from locals and international tourists. Historically, foreigners make up about 70% of total hotel guests.

UOBKH Research also noted that footfall and tenant sales are returning to 60% and 104% of pre-pandemic levels respectively, leading the group to see a 34% year-on-year increase in revenue in 1H22.

“Occupancy at the mall remained stable at 92% with an improved NPI margin of 82%. We expect the gradual recovery in the retail segment to be further boosted as rental assistance subsides, in addition to more international tourists coming in,” its said.

KLCCP’s gearing ratio is low at 18.3% with 83% of total borrowings fixed on financing rate and average cost of debt of 4.4%. As such, the research house expects KLCCP to be minimally affected by rising interest rates.

UOBKH maintained a “buy” call on KLCCP with a target price of RM7.19.

CGS-CIMB Research has a “hold” call on KLCCP with a higher target price of RM7.24 underpinned by its projections of likely losses for MO, low tourist footfall and minimal rental assistance in the 2H22.

It noted that although KLCCP’s 1H22 core net profit was in line with its assumption, the group’s core net profit in the 2Q22 grew at a slower rate than its revenue. This was attributed to higher operating expenses incurred for the facilities management division.

The research house added that foreign tourists from Singapore, the United Kingdom, the United States and Australia to MO grew 82% in 1H22. 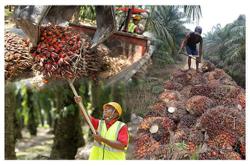