FILE PHOTO: Thailand's central bank is seen at the Bank of Thailand in Bangkok. REUTERS/Jorge Silva

BANGKOK: Thailand's central bank raised its key interest rate for the first time in nearly four years on Wednesday, lifting it by a quarter point as expected to fight surging inflation as the economic recovery gains momentum.

The Bank of Thailand (BOT), which had been among Asia's least hawkish central banks, finally joined most of its peers in raising rates as consumer inflation hovers near 14-year highs, though it stressed hikes will be gradual.

One member voted to raise the policy rate by 0.50 percentage point. The rate was last raised in December 2018.

Seventeen of 20 economists surveyed by Reuters had expected a quarter-point hike, with the remaining predicting a half-point rise.

The Southeast Asian country had maintained its policy focus on supporting the economic recovery, which has lagged that of its Asian neighbours due mainly to tourism curbs during the COVID-19 pandemic. The vital tourism sector has just begun to recover this year as restrictions were eased.

"The economic recovery (has) continued with momentum from higher-than-expected foreign tourism," Piti Disyatat, secretary of the MPC said in a statement.

"The Thai economy is expected to return to the pre-COVID level by the end of this year and will continue to gain traction."

The BOT had signalled gradual policy tightening to cool price pressures. Driven largely by high energy prices, the consumer price index (CPI) rose 7.61% in July from a year earlier, far above its target range of 1-3%.

Thailand's commercial banks should not rush to raise their interest rates even though the central bank will tighten monetary policy, the finance minister said earlier on Wednesday. - Reuters 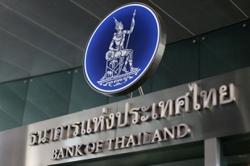