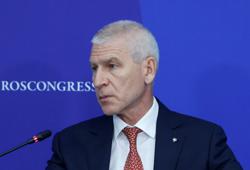 Chia and India, the world’s biggest and third-largest crude importers, accounted for 1.85 million barrels per day (bpd) of Russia’s total exports of 4.47 million bpd in July, according to data from commodity analysts Kpler. (File pic shows oil facilities in China.)

RUSSIA is becoming increasingly reliant on just two countries when it comes to selling its crude oil – China and India now accounting for more than 40% of export volumes.

The world’s biggest and third-largest crude importers accounted for 1.85 million barrels per day (bpd) of Russia’s total exports of 4.47 million bpd in July, according to data from commodity analysts Kpler.

This gives the two Asian giants a share of 41.4% of Russia’s total crude shipments in July, which is almost double the 21.7% China and India had in July last year.

However, the share of crude taken by China and India has dipped in recent months, having reached a high of 45.4% in May, which was when Russia was desperately trying to find new buyers for its crude as Western nations curbed imports after Moscow’s Feb. 24 invasion of Ukraine.

China and India accounted for 45.2% of Russia’s oil exports in June, and the drop in July is more of a China-related issue.

China was the destination of 843,000 bpd of Russian crude in July, down from 1.33 million bpd in both June an May, according to Kpler’s shipping data.

China imported 1.16 million bpd from Russia in July via the seaborne market, according to Kpler, while Refinitiv Oil Research estimated total seaborne and pipeline imports at 1.67 million bpd.

China’s total imports from Russia dropped to the lowest in three months, according to Refinitiv, which pegged June’s arrivals at 1.78 million bpd and May’s at 1.99 million bpd.

This may suggest that China has reached the maximum appetite for Russian crude, even though it remains at a discount of at least US$10 (RM45) a barrel to grades from Middle Eastern suppliers, such as Saudi Arabia.

There are also some signs of a peak being reached in India’s appetite for Russian oil, with Kpler estimating July’s imports at 1.05 million bpd, down from 1.12 million bpd in June.

India’s imports from Russia are still massively higher than before the invasion of Ukraine, with arrivals not rising above 200,000 bpd in any month last year.

It’s also interesting to note that India is buying high volumes of Russia’s Urals crude, which is exported from its European ports and therefore has a longer sea journey, either through the Suez Canal or around the Cape of Good Hope, at the tip of southern Africa.

India imported 666,000 bpd of Urals crude in July, according to Kpler data, which exceeded the 145,000 bpd of ESPO crude, which loads at Russia’s Pacific Ocean ports and is the main grade supplied to China.

Elsewhere in Asia, Russia crude is struggling to find buyers, with exports to Japan falling to zero in June and July, from a 2022 high of 112,200 bpd in March.

With some signs that Asia’s appetite for Russian crude may be peaking, the risk for Moscow is that European buyers make good on their plans to curb, or even halt imports.

Certainly, Russia’s exports to Europe have been declining, but not dramatically, according to Kpler data.

That is largely because Kpler includes Turkiye as part of Europe and it has been purchasing more Russian crude in recent months.

The overall picture that emerges is that Russia has largely been able to ramp up its crude exports to customers in Asia, particularly India, but there may be signs that a peak is being reached.

Whether Europe can meaningfully cut its imports from Russia in coming months may determine if Moscow actually starts to feel real pain on the crude export front. — Reuters 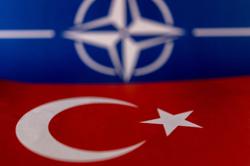 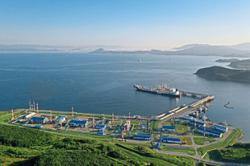