, which received an unusual market activity (UMA) query from Bursa Malaysia earlier, said it is unaware of any reason for the sharp rise in its share price recently.

In a reply to the UMA query, Chin Hin said it is not aware of any corporate development relating to the group’s business and affairs that has not been previously announced that may account for the trading activity including those in the stage of negotiation/discussion, save and except for its proposed bonus issue and disposal of shares in Solarvest Holdings Bhd

On April 22, M&A Securities Sdn Bhd on behalf of the Board announced that the company proposed to undertake the proposed bonus issue of

Subsequently, on May 17, M&A Securities announced that the company proposed to undertake the proposed disposal of 129.1 million Solarvest shares, representing 19.34% equity in Solarvest Holdings Bhd to Divine Inventions Sdn Bhd for RM103.28mil cash.

Chin Hin it had on July 14 issued the circular to shareholders in relation to the proposed bonus issue and proposed disposal to the shareholders, and subject to the extraordinary general meeting that will be held on Aug 4.

“The Board is not aware of any rumour and report concerning the business and affairs of the group that may account for the trading activity.

“The Board is not aware of any other possible explanation to account for the trading activity,” it said. 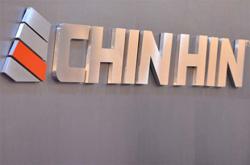