KUALA LUMPUR: The Malaysian banking system could continue to deliver resilient performance in the coming year although global and domestic conditions have become more uncertain, according to RAM Ratings.

"We expect the majority of bank ratings to stay intact in the next 12 months.

"Any rating action will likely be prompted by bank-specific challenges, rather than broad industry concerns,” she said during the RAM Insight Series titled "Banking Sector: Gearing up for the next challenge” webinar today.

"Loan applications began to pick up in the fourth quarter of 2021, underpinned by pent-up demand and the reopening of the economy,” she said.

Lo said Bank Negara Malaysia’s two recent 25 basis point (bps) overnight policy rate hikes and another 25 bps increase expected in the second half of 2022 may dampen credit demand, but should not derail the loan growth momentum.

"Impaired loans will inevitably creep up as relief measures are rolled off, alongside rising inflation and interest rates that may affect certain pockets of highly leveraged borrowers.

Meanwhile, RAM senior economist and co-head of economic research Woon Khai Jhek said economic recovery will tread a firmer path this year as the country transitions into an endemic phase.

"Domestic demand will be the key driver, supported by the resilient labour market and ongoing policy support measures, while exports will also stay strong with sustained demand for electrical and electronic goods. 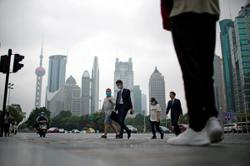