’s decision to reduce its number of outlets allows it to focus better on performing stores that leads to better profitability.The jewellery manufacturer has cut its stores from 60 in the financial year 2016 (FY16) to 57 currently.

This was mainly driven by lower selling and distribution expenses as well as lower administrative expenses, said Mercury Research.

However, the economic slowdown could impact Tomei’s financial performance.

A spike in gold prices could make Tomei’s products less affordable potentially resulting in lower sales and/or margins as well as requiring Tomei to commit more working capital to the business.

The group is a veteran in the jewellery industry with the Tomei brand being introduced in Malaysia in 1968.

This long and well-established track record fosters trust in the brand which in turn creates desirability for its products, said the research firm.

Following the launch of its first standalone store in Langkawi, Kedah, in April, Tomei plans to open more such stores in the country.

This could potentially have a lower cost structure than having stores in malls.

The research house has a “buy’’ call on Tomei with a target price of RM1.21 a share. This is based on a price-earnings ratio of five times its FY22 earnings per share forecast of 24.2 sen.

The research house believes Tomei deserves to trade at a higher valuation due to the resilience of its business which continued to be profitable on an annual basis even during the pandemic. 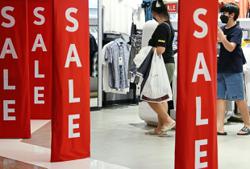