Stretching your ringgit: The importance of knowledge in this space cannot be more timely, especially when Malaysians are doing their level best to stretch their ringgit in order to cope with the increasing cost of living from inflationary pressures, which are spiralling out of control.

FINANCIAL literacy is an important agenda for a country’s economic well-being.

Most governments around the world would like for their citizens to be financially literate, be it entrepreneurs, working professionals, white collar or blue collar workers.

It is not enough to be good at your job. Managing your money well is as important as having good hygiene.

Recently, the Malaysia Department of Insolvency (MDI) reported that 287,411 people in the country have been declared bankrupt as of March 2022.

This led to the Prime Minister highlighting his concern on youth bankruptcy and requesting for the relevant authorities to look into this matter including potentially revamping the laws on insolvency.

It is important to note that due to the pandemic, our government has in fact raised the threshold of bankruptcy from RM50,000 to RM100,000 in 2020.

Many legal actions against defaulters of loans were also postponed due to the effects of the pandemic.

Diving into the MDI’s statistics, I realised that the main reason for bankruptcy was due to default of personal loans with an overwhelming percentage at 42%, followed by hire-purchase loans (15%) and business loans (13.5%).

The right thing to do would be to settle the statement balance. Settling the outstanding sum in full means that the credit card user is paying down the credit card debts which isn’t yet due, which defy the purpose of utilising credit card in the first place.

Paying only the minimum sum, which many people often do, would lead to one incurring high interest on the outstanding credit card debt.

This would snowball to levels which are highly exorbitant.

The statistics above is telling because it shows that excess consumption pattern is a key reason for bankruptcy.

In terms of youth bankruptcy, it makes sense especially with social media propagating binge spending, splurging on luxury goods and the shallow mindset of keeping up with the Joneses.

Living beyond one’s means owing to social pressure simply isn’t going to go out of fashion, more so in today’s digital age.

Proliferation of get-rich-quick schemes and scams

There is no doubt the lack of financial discipline and bad spending habits are reasons which contribute to this social issue.

However, I believe another major contributing factor is the increasing number of scams and get-rich-quick schemes. These schemes often tap on the most vulnerable segment of the society, namely those who are greedy, desperate or naive.

Greed is one of human nature’s biggest weaknesses. Despite the evolution of mankind, this primal instinct has continued to flow through the DNA of mankind. I do not doubt the importance of greed as a driver for progress, but too much and it becomes fatal.

Desperation, especially in the case of hardcore poverty or extreme emergency without anyone to rely on, there is hardly any choice to seek help.

We have seen this episode played out, especially in the times of economic recession, high unemployment not unlike the period of pandemic we have all been through recently.

Of the three, the most addressable would be the one who is naive, in short, one who lacks the necessary knowledge.

The importance of knowledge in this space cannot be more timely, especially when Malaysians are doing their level best to stretch their ringgit in order to cope with the increasing cost of living from inflationary pressures, which are spiralling out of control.

I would like to put it on record: Accumulating financial knowledge does not mean becoming an investment prodigy. It can be as simple as understanding the various options for people to stretch their money.

One of the most common savings hacks would be to channel your monthly salary to a “flexi” or “semi-flexi” home loan account. This simple gesture every month automatically lowers the interest on the loan to be incurred.

Your unused funds will be utilised to further reduce the principal and interest while you have the option to withdraw the excess amount if you require to use the funds.

Using credit card or apps wisely to accumulate points for future spending, waiting for bargains such as free shipping options or vouchers on eCommerce platforms on special days of the months to purchase necessities are just a few examples of being financially aware.

Of course, the best thing to do is to be prudent in spending, in essence practicing delayed gratification at all times.

The best investment is knowledge

It is a good sign that there is an increasing number of licensed financial professionals such as Chartered Financial Analysts and Certified Financial Planners out there today.

We also do see many more collaborative efforts between industry professionals working hand in hand with regulators in adopting social media to reach out to the masses.

With the advent of social media, it is also crucial to sift out genuine financial literacy advocates. After all, there are many free resources online today.

It is not to say the smartest people from the top of their professions cannot be hoodwinked. We have seen how 34-year-old Ng Yu Zhi of Envy Asset Management and Envy Global Trading swindled prominent people like the general counsel for Temasek Holdings Pek Siok Lan, criminal lawyer Sunil Sudheesan, ex-president of the Law Society Thio Shen Yi, chairman of Vickers Capital Group Finian Tan and CEO of Chuan Hup Holdings Terence Peh, among others.

This purported nickel trading scheme amounting to S$1bil (RM3.2bil) was the largest fraud or Ponzi scheme in Singapore’s history. The best part, red flags were obvious where both of the perpetrator’s entities above were not licensed by Monetary Authority Singapore and he was promising 15% returns in three months to his clients.

Ultimately, it comes down to the individual and a good sense of financial awareness when managing one’s own hard-earned money.

The best investment is in yourself. Whether it is learning a new skill or advancing your education, self enrichment gives the best return on investment.

As Benjamin Franklin once said, “An investment in knowledge pays the best interest”. He can’t be wrong considering his face is literally on the US dollar bill even till today. 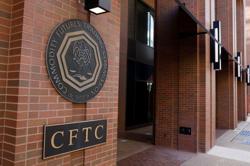