KUALA LUMPUR: The unit price index of Building of Cost Material Index (BCI) (without steel bars and with steel bars) for all building categories in Malaysia increased in June 2022 compared with June 2021, said the Department of Statistics Malaysia (DoSM).

"However, the increase in prices of these two materials was slower than the previous month. The prices of most building materials such as plywood, timber, glass, bricks and walls, roofing materials and ceiling materials also registered an increase,” he said in a statement on the Building Cost Index (BCI) for June 2022 today.

The department said the increase in BCI for Peninsular Malaysia was between 5.5 and 18.9 per cent, Sabah at between 0.3 and 15.8 per cent and Sarawak at between 6.0 and 23.3 per cent for the same period.

"The BCI with steel bars for all areas in Malaysia showed increases for all building categories. The category of buildings that recorded the highest increase in Peninsular Malaysia was 5-Storey and Above (Reinforced Concrete) Building (For Office) in Selangor, Kuala Lumpur, Melaka, Negeri Sembilan, Johor, and Pahang.

For areas in Peninsular Malaysia, the BCI without steel bars increased between 5.5 and 13.2 per cent for all building categories. The building category that recorded the highest increase was 5-Storey and Above (Reinforced Concrete) Building (For Office) in Pahang, followed by Terengganu and Kelantan.

Meanwhile, the highest price index per unit of building material in Sabah was ironmongeries in Kota Kinabalu (32.7 per cent), while in Sarawak, it was steel in Miri (40.0 per cent) and glass in Kuching (23.4 per cent).

The floor and wall tiles in Terengganu and Kelantan rose by 3.9 per cent in comparison with May (4.0 per cent). Aggregates also increased in almost all areas in Peninsular Malaysia, Sabah and Sarawak, while other building materials in some areas remained unchanged. 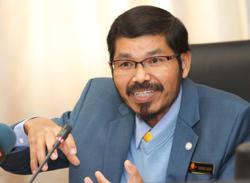