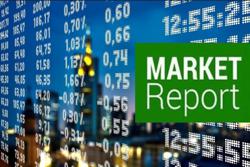 is planning to acquire the remaining 0.0008% in CIMB Bank Bhd for RM1.4mil, as its plan to streamline its shareholding structure.

In a filing with Bursa Malaysia, the bank said the exercise involves a members’ scheme of arrangement (scheme) that will be undertaken with its ordinary shareholders pursuant to the Malaysian Companies Act 2016, and does not involve any arrangement with any creditor of CIMB Bank.

The scheme is subject to the approval of the ordinary shareholders of CIMB Bank at a court-convened meeting and sanction of the scheme by the High Court of Malaya.

It said the scheme provides an opportunity to the remaining small number of existing non-CIMB Group ordinary shareholders of CIMB Bank (minority shareholders) to realise their investment in CIMB Bank at an attractive premium and valuation.

The scheme, including the offer price, was arrived at after taking into consideration the interests and needs of CIMB Bank, the minority shareholders and CIMB Group.

“Minority shareholders who wish to remain indirectly invested in CIMB Bank may use the cash proceeds to acquire the listed shares of CIMB Group, which are more liquid,” it said.

CIMB Group said the scheme is expected to lead to cost savings by way of improving certain administrative procedures, such as those relating to maintaining and updating the records of information on, holding of physical shareholders’ meetings with, and dispatching notices and issuance of dividend payments to the minority shareholders, as well as dealing with unclaimed monies belonging to uncontactable shareholders and attending to minority shareholders’ queries.

CIMB to raise base rate by 0.25% following OPR revision