is letting go of its Weifang Port companies for a fair price, said AmInvestment Bank Research, as the trading conglomerate continues to unwind its presence in non-core businesses.

Sime Darby announced yesterday that it had entered into seven share sale agreements to dispose of its Chinese port business for RM1.27bil cash to SPG Bohaiwan Port Group Company.

"Valuation-wise, the RM1.27bil consideration implies 1x P/BV as at March 2022, which we deemed as fair.

"A similar valuation of 1x PB was ascribed when the group disposed of Jining Port companies in December 2020," said the research firm.

In addition, Sime Darby will receive an indicative sum of RM357mil as repayment of shareholder loans.

Net of transaction costs, Sime Darby is expected to pocket total proceeds of RM1.57bil from the disposal, which will be utilised for future capital expenditure and repayment of borrowings.

According to AmInvestment, it is neutral on the exercise as the divestment was not unexpected and in line with the Sime Darby's ongoing rebalancing efforts.

"The group has been monetising its non-core assets and will reallocate the proceeds by reinvesting in its core businesses ie. the motors and industrial divisions for higher returns on investment," it said.

"We maintain 'buy' on Sime Darby with a lower SOP-derived fair value of RM2.88 (from RM2.90), after updating for Weifang Port exit based on disposal proceeds and rolling forward our valuation base year to FY23F, from 2022, " it said.

Sime Darby is a beneficiary of the rally in commodity prices and, moving forward, AmInvestment expects the pick up in economic activiti 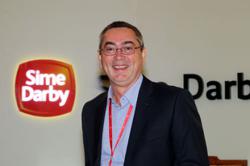