The Bank of Korea is also worried that a fast pickup in wages may lead to stubbornly high inflation becoming entrenched as prices and pay start to form a feedback loop.

SEOUL: South Korea will bump up its minimum wage by 5% next year after government-appointed officials were left to make a decision closely watched by company executives, labour leaders and also policy makers concerned about the possible emergence of a wage-price spiral.

The move came after a vote in which all nine business representatives abstained, according to a statement from the labour ministry.

Four negotiators from a labour union also skipped the vote, the ministry said.

Nine members appointed by the government before President Yoon Suk Yeol took office voted in favour of their proposal to raise the pay level to 9,620 won (RM33) per hour, joined by some representatives from another labour union, the ministry added.

The minimum wage carries implications across many sectors of the economy that rely heavily on labour.

After a 10.9% rise in 2019, South Korea has kept increases below double digits amid worries larger gains could put pressure on small businesses already buffeted by the pandemic.With inflation running higher than forecast for this year, Finance Minister Choo Kyung-ho has asked businesses to refrain from raising pay too competitively.

The Bank of Korea is also worried that a fast pickup in wages may lead to stubbornly high inflation becoming entrenched as prices and pay start to form a feedback loop.

“The wage increase will keep fuelling cost-push inflation at a time when large companies have already been raising salaries fast,” said Ryoo Jae-woo, an economics professor emeritus at Seoul’s Kookmin University, predicting that hiring will slow as wage pressure on employers increases.

Given that the government representatives were appointed before Yoon was sworn in this year, it’s too early to gauge how he will deal with labour-business disputes through the outcome of the latest negotiations, he added.

Business representatives sought a 1.86% increase while the labour side demanded a 10.1% raise in their final offers in talks that began in April. With no compromise reached, the two sides asked the government mediators to step in, the ministry said.

The final proposal came by adding this year’s 2.7% economic growth forecast and 4.5% inflation projection and then subtracting it by an expected 2.2% increase in employment, according to the ministry.

Economists are split on whether higher minimum wages lead to job losses.

A local business group warned, citing an economist, earlier this week that the nation could lose hundreds of thousands of jobs if labour unions were granted the minimum wage hike they originally sought.

Labour and civic groups dispute the claim it leads to any significant cuts, contending that a higher minimum wage narrows wealth inequalities and facilitates a smoother functioning of the economy.

It’s not unusual for negotiators to walk out during the final phase of the negotiations when their demands are not met. — Bloomberg 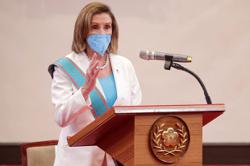 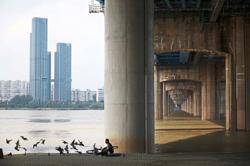