’s net profit jumped 83.2% to RM794.89mil in the full financial year ended March 31 (FY22) from RM433.88mil a year earlier, mainly due to the gain from the divestment of its plantation business.

The construction group posted a lower revenue of RM4.4bil against RM4.69bil last year.

During the quarter, the group declared a single tier second interim dividend of 4 sen per share.

“At end-March 2022, we had a healthy outstanding construction order book of RM4.3bil, providing the group with good earnings visibility over the next few years.

“Furthermore, we registered property sales of RM400mil in the final quarter on the back of encouraging take-up of mid-range properties, taking our full year sales to a record RM2.5bil.

“Notably, the group also continued to pare down its completed property inventory to RM833.9mil at end-March 2022 from RM1.15bil a year ago,” he said.

For the quarter, IJM said its construction division reported revenue of RM377.6milo and saw higher pretax profit (PBT) at RM48.6mil compared to the corresponding quarter last year mainly due to the finalisation of accounts of certain joint venture projects.

The property division reported revenue of RM396.7mil in 4Q22 while PBT stood at RM20mil.

The industry division recorded revenue of RM229.7mil in 4Q22 while PBT decreased 56.6% to RM25.2mil, mainly due to gains of RM78.6mil arising from the disposal of an overseas subsidiary and certain property, plant and equipment in FY21. Excluding these gains from the disposals in FY21, the pre-tax profit from business operations for FY22 improved significantly by 759.6%.

Revenue of the group’s infrastructure division for the current quarter increased by 28.8% to RM228.4mil as the toll and port operations picked up since the lifting of the movement restrictions.

However, a pre-tax loss of RM28mil was recorded in 4Q22, mainly due to the one-off impairment of RM77mil in respect of its investment in toll concession assets, higher major maintenance cost and higher foreign exchange loss recorded in 4Q22 of RM9.4mil. 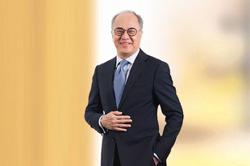