Hap Seng said the plantation division’s revenue doubled to RM242.2 million from RM121.3 million in Q1 2021 due to higher average selling prices realisation as well as higher sales volume of all palm products.

The average selling price of crude palm oil (CPO) and palm kernel (PK) during the quarter stood at RM6,019 per tonne and RM4,702 per tonne respectively, significantly higher than the preceding year corresponding quarter of RM3,854 per tonne for CPO and RM2,585 per tonne for PK.

Meanwhile, the automotive segment’s revenue for the current quarter at RM371.3 million rose 19 per cent from RM312.2 million in Q1 2021, amid improved performance in its passenger car and commercial vehicle segments.

Revenue for the fertilisers trading business in Q1 2022 more than doubled to RM621.3 million from Q1 2021 as both Malaysian and Indonesian markets registered higher sales attributable to higher average selling prices due to global supply disruptions caused by the geopolitical tension in Europe.

In contrast, the property and credit financing divisions both recorded lower revenues.

‘’Based on the foregoing and despite the uncertainties in the domestic and global economies, the board is cautiously optimistic of achieving satisfactory results for the financial year ending Dec 31, 2022,’’ Hap Seng said. - Bernama 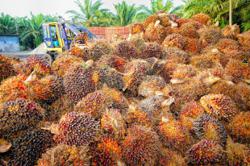