"In Malaysia, local Islamic banks could account for about 45 per cent of the overall commercial banking loan book by the end of 2026 from the current 37.5 per cent,” Nikita said during S&P Global Ratings "Southeast Asia Islamic Banking Outlook” webinar today.

She said the large Islamic banking sector in Malaysia experienced a positive profit rebound last year after a dip in 2020.

"However, some of the small banks are still struggling and have yet to regain their footing.

"Many of them are reporting losses and we believe this trend will continue,” she added.

As for risks, Nikita said the industry remains hinged on the recovery from COVID-19, struggling households mainly from among the low-income group, and also the small and medium enterprises (SMEs).

"Additionally, geopolitical tensions and the Russia-Ukraine conflict have pushed up energy and commodities prices.

"The higher food prices will affect household incomes. We are also expecting at least 50 basis points rate hikes in Malaysia and Indonesia, and the higher interest rates will affect the vulnerable borrowers,” she noted.

However, she said the impact of interest rate hikes on Islamic banking’s profitability will take a longer time to appear.

Asked about the possibility of the Islamic fintech sector replacing the role of Islamic banking, Nikita said there would be challenges in doing so.

This is especially when many conventional banks’ Islamic businesses are still growing fast, she said.

"In the recent one or two years, a lot of smaller Islamic banks have received foreign investors' capital and they have stepped up their digital services.

"So, Islamic fintech firms will have to offer products and services which are cheaper and far superior in terms of technology to really replace these banks,” she explained.

"Bank Negara Malaysia and the Securities Commission Malaysia have done a lot in the past in order to standardise the process of underwriting credit and the banks have voluntarily complied with those ESG rating standards.

"That is a good development and we expect other countries in the region to follow suit,” Duan said.

According to the rating agency, Malaysia accounts for 81 per cent of Southeast Asia’s Islamic banking assets, followed by Indonesia at 15 per cent and Brunei at four per cent.

Malaysia and Indonesia represent 96 per cent of the sector assets in the region. 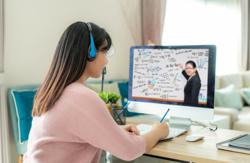