Earnings per share rose to 15.32 sen compared with 1.76 sen in the comparative quarter.

The board of directors declared an interim dividend of one sen per share for shareholders on the register on June 22, 2022, and payable on July 22, 2022.

According to Hibiscus Petroleum, a negative goodwill of RM317.3mil was recognised upon the January 2022 completion of its acquisition of the entire equity interest in Fortuna International Petroleum Corporation (FIPC)

It said the newly acquired assets in FIPC group have boosted the group’s net production to about 20,000 barrels of oil equivalent (boe) per day.

Consequently, the group expects to deliver approximately 4.6MMboe of oil, condensate and gas from its producing assets for FY22.

“Our objective in recent months has been to focus on understanding the newly acquired Repsol assets so that we can operate these safely and efficiently.

'This is the first quarter for which we are reporting operational and financial metrics which include the newly acquired assets and we expect our numbers to further improve in the coming months against a backdrop of strong oil prices," said Hibiscus Petroleum managing director Kenneth Pereira in a statement.

"With the relatively high crude oil prices that we currently see, we hope to be able to close FY2022 on 30th June 2022 on a positive note,” he said. 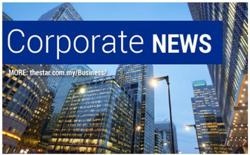