Fighting back: A worker welds a liquefied natural gas tank at a factory in Nantong. The State Council says the latest policies are intended to stabilise the economy and get it back onto its normal track. — AFP

BEIJING: China rolled out a broad package of measures to support businesses and stimulate demand as it seeks to offset the damage from Covid lockdowns on the world’s second-largest economy.

“One good thing is that we refrained from excessive money supply and mass stimulus in the past few years, and we still have policy tools in reserve.”

The additional tax cuts represent about 0.1% of China’s GDP last year, and push the government’s total planned reduction in taxes this year to 2.64 trillion yuan (RM1.74 trillion) – slightly more than the relief Beijing offered in 2020 when China was first hit by the pandemic.

Economists were cautious about whether the measures would provide a material boost to growth as China’s strict Covid-Zero policy causes major disruption to business activity.

Many economists expect the government won’t meet its annual GDP growth target of about 5.5% this year, with UBS Group AG the latest to downgrade its projection to just 3%.

“We believe these measures will provide some help and alleviate the severity of the growth slowdown or even contraction, but we remain cautious about growth prospects for this year,” Nomura Holdings Ltd economists led by Lu Ting wrote in a note.

Auto stocks rallied yesterday on measures to relax curbs on auto purchases and reduce the tax on some passenger vehicles by a total of 60 billion yuan (RM39.6bil).

However, the stimulus measures did little to boost overall market sentiment, with the benchmark CSI 300 Index falling as much as 0.9% in the morning session.

The State Council said the policies are intended to “stabilise” the economy and get it back onto its normal track.

Beijing will extend an existing delay on companies’ social-insurance contributions to the end of the year and expand the measure to more sectors, according to the report, with those deferred payments expected to amount to 320 billion yuan (RM210.6bil).

A quota for loans aimed at small and medium enterprises would be doubled, it said.

China’s financial support for lockdown-stricken areas has mostly gone to companies rather than households, leading prominent economists to call for cash handouts to consumers.

Other state-linked experts, including Gao Zhanjun, a researcher with the National Institution for Finance and Development, have echoed those views for cash handouts and consumption coupons.

The State Council urged local governments to speed up spending, asking them to use the proceeds of special bonds by the end of August. — Bloomberg 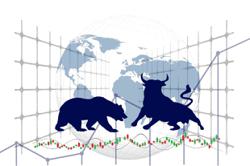