BENGALURU: Asia's emerging market stocks rose on Wednesday to partially offset some losses posted earlier in the week even as slowdown worries persist, with central banks across the world facing pressure to pursue aggressive rate hikes to contain inflation.

Stocks in Seoul and Taipei rose 0.4% and 0.9%, respectively, tracking gains in U.S. stock futures. Shares in Manila, Bangkok and Kuala Lumpur were up between 0.1% and 0.7%.

"The mood is still quite cautious ... but its not unusual that stocks consolidate after a sell-down," said Moh Siong Sim, strategist at Bank of Singapore.

Sentiment in Asia remained nervy, with investors refraining from making big bets on worries that persistent COVID-19 lockdowns in China could hamper growth in the region and globally, threatening to undermine recent stimulus measures in the world's second-largest economy.

Most Asian currencies saw small moves in tight ranges, with the Taiwanese dollar, the Philippine peso and South Korean won trading flat to up 0.2%.

Thailand's baht was down 0.4%. On Tuesday, Indonesia's central bank announced more aggressive hikes in the reserve requirement ratio for banks, but kept interest rates unchanged at a record low.

Meanwhile, officials from Singapore said the city-state's economy expanded more than initially estimated in the first quarter but added annual gross domestic product (GDP) will likely be in the lower half of the 3% to 5% forecast range, citing war in Ukraine and supply chain disruptions.

Still, analysts at Nomura forecast annual GDP growth of 4.4% for the city-state.

"We continue to see strong catch-up effects from laggard sectors such as travel and tourism," they said. Shares fell 0.6%, while the local dollar depreciated 0.2%.

South Korea's central bank - among the first to begin raising rates with the ebbing of the pandemic - is likely to increase its benchmark rate at a second consecutive meeting on Thursday, according to a Reuters poll.

Inflation is currently running at more than double the central bank's target.

** The Philippines narrows 2022 GDP growth target due to external risks

** Malaysia's April consumer price index up 2.3%, in line with a Reuters poll - Reuters 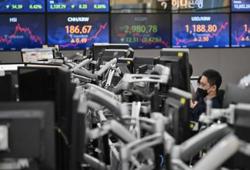 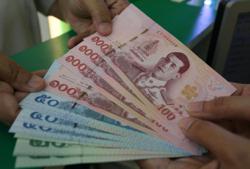