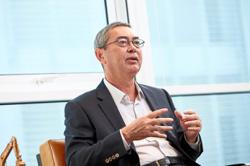 recorded a net profit of RM244mil in the third financial quarter ended March 31, 2022, an 18.67% decrease from RM300mil in the previous corresponding quarter.

Excluding one-off gains of RM60mil in 3QFY21, the group said it had largely sustained its performance for the quarter under review.

The group reported revenue of RM10.6bil, which was 4.1% lower from the comparative quarter.

In a statement, the group said net profit for the quarter under review was lower as its industrial and motor businesses were impacted by Covid-19-related disruptions in China and Australasia.

it added that its results were also impacted by a slowdown in construction activity in China, and supply chain constraints which were compounded by the military conflict in Ukraine.

For the nine-months ended March 31, 2022, Sime Darby's net profit was down to RM825mil from RM1.21bil in the previous comparative period.

It said this was mainly owing to one-off gains in 3QFY21 the form of a RM272mil gain from the disposal of Tesco Malaysia, a Singapore GST refund, and a RM33mil net reversal of impairment from the stake sale in Eastern & Oriental Bhd

“On a core profit level for Q3 FY2022, we were able to deliver resilient results despite increasingly tough market conditions.

"Motors Malaysia was a standout performer as profits more than tripled from higher vehicle margins and higher profits from assembly operations. 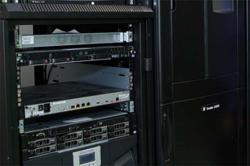