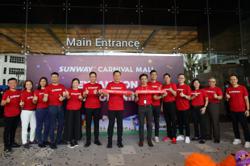 Revenue for the quarter stood at RM867.1mil against RM1.05bil a year prior.

During the quarter, the developer said it secured sales of RM679mil, of which local projects contributed RM625mil whilst the remaining RM54mil were contributed by international projects.

S P Setia noted that domestically, sales were mainly derived from the central region with RM420mil. The southern region contributed RM140mil while another RM70mil was from the northern region.

It said the total sales secured were also complemented by the concerted effort in clearing inventories where RM159mil worth of inventories was cleared during this period.

“In addition to the sales secured, the group in the first quarter of FY22 had also secured RM655mil bookings in the pipeline. The focus will be on the swift conversion of these bookings into sales,” president and CEO Datuk Choong Kai Wai said in a statement.

During the period under review, S P Setia had launched landed residential and commercial projects worth approximately RM505mil of gross development value (GDV).

On the global outlook, it said the lockdown in China has led to the supply chain disruption resulting in a price hike of the construction materials.

“To alleviate the higher cost of construction, the group will focus on design optimisation and re-value engineering to maintain the product pricing.

“The environmental, social and governance (ESG) commitment remains our top priority. The adoption of the ESG metrics into our business model is ongoing and driving sustainable growth continues to be important to the group,” S P Setia said.

The group anticipates that it will achieve its sales target of RM4bil by intensifying its social media participation, enhancing product innovation and using virtual technologies to boost sales.

“The realisation of sales may be impacted given the current property market outlook is tough due to the rise in interest rates in the near term which is expected to increase further in the current financial year.

“The group will plan ahead strategically to minimise the uncertainties and seize any opportunities that may emerge in the market,” it said.

“As the purchase of property is a relatively safe and sound investment in the medium to longer-term, we expect more owner-occupiers and some investors to emerge due to attractive offerings by property developer,” he added.

Moving forward, other than focusing on clearing the completed inventories, S P Setia will remain prudent with selected new launches concentrating on the mid-range landed units in established townships to cater to the demand of owner-occupiers.

The group is currently anchored by 47 ongoing projects and an effective remaining land banks of 7,060 acres with a GDV of RM121.54bil.

The unbilled sales which stands at RM9.84bil will also provide earnings visibility in the short to mid-term. 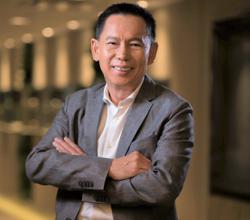