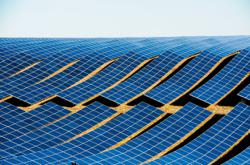 ’s acquisition of four solar projects, which was completed in April, will enhance the group’s environmental, social and governance (ESG) visibility and give it a recurring income stream.

CGS-CIMB Research said it was raising the group’s financial year 2022 (FY22) to FY24 forecast earnings per share by 6.2% to 6.5% as it factors in the estimated recurring earnings from the solar ventures.

“The completion of the RM144mil acquisition of four solar projects is a positive milestone for Taliworks and establishes its position in the renewable energy space,” the research firm said in a report.

The acquisitions were funded largely by internal cash.

The four solar projects have a combined power generating capacity of 19 megawatt (MW) and are located within the vicinity of the KL International Airport or KLIA.

The counterparties are Tenaga Nasional Bhd

, being the two sole off-takers over the life of the PPA.

According to CGS-CIMB Research, the solar ventures remain viable as revenue scalability is supported by three factors.

One is the substantially lower cost for new solar panels versus what it was seven years ago.

And lastly, output optimisation is closer to the declared annual availability of 19MW as opposed to the current output rate of around 70%.

“Based on an assumed weighted average cost of capital of 7%, we arrive at an estimated aggregate discounted cash flow value of RM189mil for the remaining 13 years of the renewable energy PPAs.”

Meanwhile, Taliworks is also ramping up its water tenders in the coming months, which could provide more job flow upside following the RM896mil total wins from the Sg Rasau water supply scheme in December 2021.

“We understand that the remaining package one tender (worth about RM2bil with 700 million litres per day capacity) of the Rasau project, for which Taliworks is among the four shortlisted candidates, will be finalised by the second quarter of 2022,” said the research firm.

CGS-CIMB Research has retained its “add” call on the sector, backed by attractive dividend yields of 6.9%.

It has also raised the stock’s target price higher to RM1.15 from RM1.06 previously. 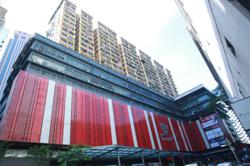