WELLS Fargo & Co reported a nearly 21% drop in first-quarter profit on Thursday, as rising inflation and interest rates, as well as worries over the economic impact of the Ukraine war dented its core businesses.

A lower-than-anticipated impact from the pandemic has also prompted banks to release reserves set aside to cover losses. Wells Fargo reduced its allowance for credit losses by $1.1 billion in the first quarter.

"Our internal indicators continue to point towards the strength of our customers' financial position, but the Federal Reserve has made it clear that it will take actions necessary to reduce inflation and this will certainly reduce economic growth," Chief Executive Charlie Scharf said.

"In addition, the war in Ukraine adds additional risk to the downside."

Analysts on average were expecting the bank to report a profit of 80 cents per share, according to Refinitiv data. 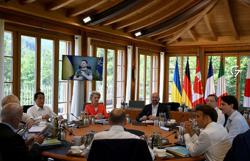