PetDag’s portable container system set to be a success 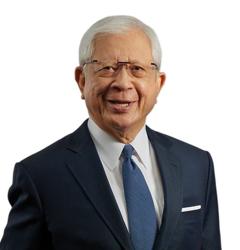 MIDF Research said in its latest report that the PCS, which provides easy access to fuel in the rural areas will result in increasing fuel demand, and later increasing sales.

PetDag also planned to expand the programme to more remote areas of Sabah and Sarawak, with potential locations up to 50km from a petrol station.

“Through this programme, it is expected that local communities in rural areas will be able to carry out their everyday activities more easily with improved access to fuel at retail pump prices, promoting the development of small-scale entrepreneurs and boosting the local economy,” added the research house.

In addition, PetDag’s ROVR has proven to be critical during crisis, serving restricted areas under the enhanced movement control order and flood-affected areas. ROVR’s initiatives include a mobile fuel delivery service in partnership with Malaysia Airports Holdings Bhd

– delivering 2,000 litres of diesel to refuel the vehicles on the operation ground of KLIA2.

It has also been expanded beyond the Klang Valley to Pahang and Johor. In addition to rural areas, the programme was also pushed to a major port.

The mini PCS is not relatively new in Malaysia, said MIDF Research, adding that the previous initiatives by smaller companies had a high success rate in villages and remote locations where roads do not lead to a quick access to fuel.

Consequent to the establishment of PCS, small entrepreneurs in the operation of the PCS were created, employment opportunities were elevated and other businesses like mini-marts and vehicle workshops were opened.

“These had enabled the PCS locations to generate economic activities successfully, as well as increase the preparedness for fuel demand in the face of natural disasters,” explained the research house. However, MIDF Research made no changes to PetDag’s earnings estimates given that “the group’s PCS initiative has just started in Beaufort, Sabah.”

“We have yet to see any expansion to other states and inclusion of retail and maintenance to support the heightening of the socio-economy aspects of the remote area where the mini PCS is placed,” it added.

For that, it maintained a “neutral” call on PetDag with an unchanged target price of RM20.25.

While the impact of the Covid-19 pandemic remains as much as the fear of a sudden lockdown, MIDF Research also continues to see PetDag positively for the prospects in its local partnerships, the oil price hike, and the rising demand recovery nationwide for fuel as more people are expected to travel in calendar year 2022. 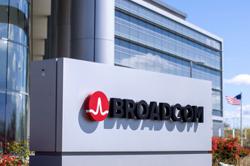