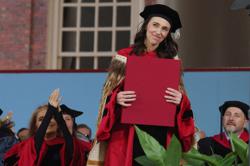 (Malaysia) Bhd could be faced with structural challenges should policymakers push ahead with a proposal that will pave the way towards eliminating the use of tobacco in the country.

Over the weekend, Malaysia's Health Minister Khairy Jamaluddin said he would table a new Tobacco and Smoking Control Act in the upcoming Parliament to regulate e-cigarettes and vape products alongside enforcing a “Generation End-Game” for smoking in the long run.

The initiative takes a page from New Zealand's new law to ban cigarette sales for future generates through implementing phases of restrictions in cigarette sales and use, starting from 2024.

The research firm noted that the idea of creating a smoke-free generation in Malaysia was first revealed in the National Strategic Plan on Tobacco Control 2021-2030, which targets to reduce the current 20%-plus smoking prevalence in the country to below 15% by 2025 and under 5% by 2040.

"In our opinion, potential amendments of law as alluded by the health minister to coincide with the smoke-free generation mission alongside a ready 'role model' – New Zealand - who pioneers the drive in phasing out smoking could accelerate Malaysian progress in achieving a smoke-free status," it said.

According to TA Securities Research, there could be a pivot towards non-tobacco products as the regulation of e-cigarettes and vape products would present a new opportunity for legal Malaysian tobacco players in a flourishing market.

"However, it remains to be seen whether vape adoption would merely act as a pathway to help smokers in quitting combustible cigarettes prior a “Tobacco End-Game” or would it be permitted as a new harm-reduction product available to consumers for an indefinite period, it added.

Nevertheless, the research firm said there could be near-term upsides for BAT given the conversion of consumers from the illicit trade market and potential contribution from vape products following the implementation of a clear regulatory framework.

TA Securities observed that there are about five million cigarette smokers in Malaysia, of whom about 58% are users of illicit cigarettes.

Meanwhile, there are over a million vape users in the country who use unregulated vape products.

Over the longer term however, the population that is legally allowed to smoke would decline should Malaysia embark on its drive to eliminate smoking.

"For illustration, if Malaysia takes similar approach to New Zealand and enforces a smoke-free generation over population aged 9 and under as of 2020, we estimate that Malaysian population who are legally allowed to smoke would peak by the year of 2030," it said.

Slashing its long-term growth-rate assumption to 0.5% from 3% previously, TA Securities downgraded BAT to "sell" from "hold" with a revised target price of RM11 a share from RM15.50 previously.

However, it maintained its earnings forecast given the changes to smoking landscape would take time to materialise while immediate regulation over e-cigarettes and vape products is likely to be a near-term catalyst. 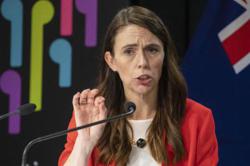 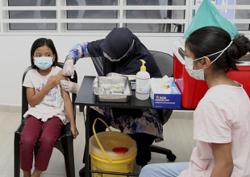