HONG KONG: Asian stocks and major currencies paused for breath on Thursday as markets struggled to find direction in the absence of solid information about the Omicron variant of the new coronavirus, which led to divergent trade in U.S. and European share futures.

Also weighing on traders' minds were remarks from Federal Reserve Chair Jerome Powell, reiterating that he would consider a faster wind-down to the bond-buying programme, which could open the door to earlier interest rates hikes.

With markets betting this would eventually keep inflation in check, the result was also a flattening in the U.S. yield curve.

Euro Stoxx 50 futures fell 1.3% in early trading on Thursday, indicating Wednesday's 1.7% gain in the EUROSTOXX, its best day since May, would be reversed, and FTSE futures were down 1.13%

"All that anyone can do at the moment is wait for each headline as it breaks, as there are a series of outstanding questions about the new variant that remain largely unanswered and will remain unanswered for days or weeks," said Kyle Rodda, an analyst at Melbourne brokerage IG markets.

He added that with the Fed reducing stimulus and building up to rate hikes, markets were no longer using "a bad development as another excuse to buy stocks expecting an increase in liquidity from the Fed."

Much remains unknown about the new variant, which was first found on Nov. 8 in South Africa and has spread to at least two dozen countries.

In Asia, MSCI's broadest index of Asia-Pacific shares outside Japan advanced 0.35%, supported by a 1.21% rise in Korea's KOSPI on the back of a mini tech rally, while Japan's Nikkei lost 0.27%.

Also drawing investors' attention was the second day of Powell's testimony to Congress in which he said the Fed needs to be ready to respond to the possibility that inflation may not recede in the second half of next year.

"We now expect the (Fed's policy committee) to finish asset purchases in April 2022 and start hiking the Funds rate in June 2022," said analysts at CBA in a morning note.

Investors seemed to think this would mean rates would eventually peak at a lower level, and so looked to long-dated Treasury bonds, sending the yield on 30-year bonds to their lowest since early January in late U.S. hours on Wednesday.

The dollar index was steady, though the greenback rose nearly 0.3% to 113.07 yen regaining some of its recent losses, thanks to Powell's hawkish tone.

Oil prices also rebounded, albeit after a strong sell-off in recent days based on fears the new variant will hit travel. 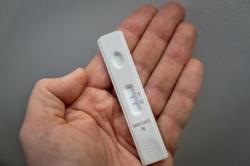