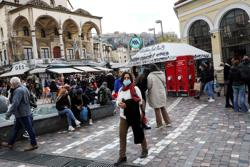 Labour needs: Workers unloading fresh produce from a truck at a market in Thessaloniki, Greece. In a study, 49% of businesses said they were eager to hire refugees and migrants as there are certain jobs that Greeks won’t do. ― Bloomberg

ATHENS: Bowed over a large workbench with a dozen classmates, asylum-seeker Fazle Rabbi is learning how to construct a network cable, hoping to boost his job prospects in Greece.

“If I get good marks from this academy, I think I will get (a job) as an IT technician,” the 18-year-old Bangladeshi said, pliers in hand.

Rabbi is among dozens attending vocational and entrepreneurship courses at Odyssea, a non-profit that is one of Greece’s leading job advisers to refugees and other vulnerable persons.

In an upstairs classroom, another group is learning how to operate wood-carving machinery software.

Based in the industrial district of Rentis near Piraeus, Odyssea since 2016 has assisted around 2,500 beneficiaries either through courses or follow-up support, with another 3,000 applicants currently seeking to join.

Founded soon after over a million Syrians, Afghans, Iraqis and other persons fleeing conflict arrived in Europe, the group – named after Homer’s epic of adversity – helps to prepare job seekers for the arduous task of finding employment in post-crisis Greece.

Odyssea focuses on “people who feel they don’t have equal opportunities to socially integrate, who feel discriminated against,” said Thodoris Kostoulas, a mechanical engineer and programme manager in the group.

After a decade-long crisis, unemployment in Greece is still officially 13%-28% among those aged under 25.

And while over 6,000 refugees in Greece have followed six-month integration courses supervised by the International Organisation for Migration (IOM), tens of thousands of asylum seekers are not eligible for such support.

“Integration in Greece is not at all easy,” said Yannick Carlos Wafo, a 27-year-old asylum seeker from Cameroon, who says he was an assistant naval mechanic at the Douala shipyard before coming to Greece.

Unable to join the IOM support programme known as Helios because of his non-refugee status, and dismissing Greek government integration promises as “false”, Wafo followed an electrician course at Odyssea and is currently employed as a plumber.

“Every employer knows there are certain jobs that Greeks won’t do (such as) construction....so they need to find alternatives, and we are one of the best choices for that,” Kostoulas said.

Many of the applicants seek work in social media, IT and Greece’s prominent hospitality sector.

“More than 70% of our beneficiaries keep their jobs,” noted Odyssea founder and chief executive Jai Mexis, seated among wood furniture that was carved on-site.

“And they not only keep them, but they develop within the companies,” he said.

A similar role is filled by ANKAA Project, a non-profit organisation created in 2017 and registered in Luxembourg and Greece.

With facilities in the central Athens district of Kypseli, the organisation has supported about 1,000 refugees, asylum-seekers and migrants so far, said project manager, Dora Bakatselou.

“The Greek state has a hard time implementing integration programmes in Greece,” she noted.

ANKAA Project also has an e-shop selling organic cotton masks, backpacks, pouches and other items made from the remains of rubber boats that have brought asylum seekers to the islands of Chios and Lesvos.

In a study, 49% of Greek businesses said they were eager to hire refugees and migrants. ― AFP 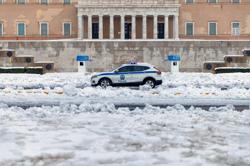