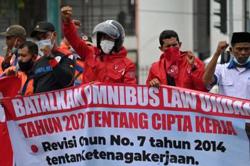 Adhi Lukman, chairman of Indonesia Food and Beverage Industry Association, said it was crucial to maintain “a conducive investment climate”.

JAKARTA: A court ruling in Indonesia against a new job creation law could dim its investment outlook, according to experts, in a potential blow to President Joko Widodo’s drive to boost investment and reduce the economy’s reliance on consumption.

The Constitutional Court on Thursday ordered the government to amend the legislation within two years, citing procedural flaws in its handling.

The government said it would comply.

“It cannot be ruled out that some investment decisions or corporate actions could be delayed as legal experts dissect the implications of this court ruling,” Helmi Arman, an economist with Citibank said.

The deadline of late 2023 for amendments is just before a general election in 2024, he noted, a period when lawmakers might be distracted.

Adhi Lukman, chairman of Indonesia Food and Beverage Industry Association, said it was crucial to maintain “a conducive investment climate”.

“Our concern is related to the certainty of doing business. Many of our investment partners, both domestic and foreign, have been asking about the Constitutional Court’s decision,” Adhi told a virtual briefing.

Hariyadi Sukamdani, chairman of employers association Apindo, said businesses should follow official guidance on the implication of the ruling, to avoid confusion after various interpretations arose.

The government says regulations that derived from the new law will remain in effect. — Reuters 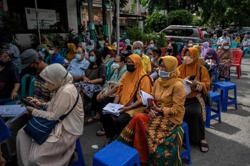 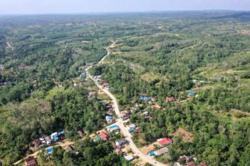