Looking at the historical data, the Turkish lira has been steadily declining in value versus. the US dollar but in recent days, the depreciation has accelerated, hitting a new record low.

TURKEY’S economic performance has been impressive since the early 2000s. Its employment and income levels have increased, upgrading the country’s status to an upper middle-income country.

The newly modernised economy recovered well from the global financial crisis of 2008/09 as it chalked up 8.4% year-on-year real gross domestic product (GDP) growth rate in 2010 and a mouth-watering 11.2% year-on-year in 2011.

However, just like the rest of the world, Turkey’s economic performance was threatened when the unprecedented Covid-19 pandemic outbreak hit the country.

Coupled with a more challenging external position and increasing economic flaws, many analysts expected Turkey’s economy to be bound for deep trough recessions.

With the macroeconomic picture that painted a landscape of rising inflation and unemployment, elevated private sector vulnerabilities, especially among the corporates and financial sectors, and questionable policy implementation, the economic situation certainly raised some red flags.

Nevertheless, Turkey managed to record a healthy growth in 2020 despite the severe effects of the pandemic. The economy grew by 1.8%, the second fastest amongst G20 countries after China.

A large stimulus programme, announced on March 18, 2020 worth US$15.4bil or 100 billion lira (RM653.2bil) to combat the pandemic focusing on credit channels, loans and employment, was the core driving force of its economy.

Coupled with an accommodative monetary policy and other regulatory measures to promote credit expansion, these paved the way for a sharp rebound towards the end of 2020.

Also, the government’s move to reopen the economy after the first wave played key a role in Turkey’s recovery. Going into 2021, the GDP for the first quarter expanded to 7.2% year-on-year and surged to a whopping 21.7% on the back of favourable large base effects. For September, the unemployment rate dropped to 11.5%, the lowest since 2018, and its participation rate rose to 51.7%, the highest since end-2019.

Despite the upbeat sentiment on its macroeconomic indicators, it was a totally different situation for the lira.

Looking at the historical data, the Turkish lira has been steadily declining in value versus. the US dollar but in recent days, the depreciation has accelerated, hitting a new record low.

To put into perspective, the recent volatility is much worse than in the 2018 crisis as it was then caused by geopolitical and trade wars between Turkey and the United States, which at the time was under the Trump leadership.

The problem was further compounded by Turkey’s president control over the appointment of the central bank governor.

This is contrary to most mainstream economists who argued the opposite – lower interest rate means lower cost of money and pushing the money supply upwards and therefore, inflation upwards as well.

At the same time, foreign currencies will become much cheaper relative to the local currency and making the imported goods cost less.

Erdogan’s obsession with low interest rate has caused the removals of several central bank governors. In his speech on Monday, he argued that low interest rate is necessary to achieve growth, cutting inflation and achieve successful “economic war of independence”.

Defying economists’ warning, the central bank cut its policy rate by 100 basis points to 15%, on Nov 23, causing the lira to plunge to 12.82 versus the US dollar, down by a sharp 62.6% compared with the same date last year and 12.6% lower than the day before, the fastest daily decline during the pandemic.

The central bank also signalled further easing for the upcoming months, which worsened investors’ sentiments and views on both Turkey’s currency and financial markets.

Coincidentally, the lira was pushed weaker by the surging dollar itself, boosted by heightened expectations that the Federal Reserve will taper and hike interest rate faster than initially expected.

The drastic drop in lira is already eating into the people’s wallet as the food prices climbed in Turkey.

According to a report, bread producers are feeling the pinch with bread prices in Istanbul rising to 2.5 lira (88 sen) for 220g (versus 2.00 lira) as the flour price has become far more expensive than before.

For October, inflation almost reached 20%, which is the highest annual rate since January 2019.

As this figure was recorded before the lira’s plunge, it means that inflation could go higher in the future. Some Turks are even resorting to electronic goods as a store of value anticipating that they can sell them a year later for more than what they cost currently.

This is also especially worrying since Turkey’s poverty rate rose to 12% in 2020 from 10% in 2019. High price of goods can only hurt the low-income and the poor more without question.

As for investors, the lower interest rate and elevated inflation rate mean a glaring imminent negative real interest rate, which prompted them to turn towards more attractive yield markets outside Turkey.

Foreign entities that have set up companies in Turkey will struggle to maintain profitable margin in the wake of the high inflation combined with a depreciating lira.

Although a weak currency is not always bad news, sharp and sudden changes could scare off foreign investors which could constrain growth in the long run, offsetting the short-run benefits.

On another note, according to one of the ratings agency Fitch, as much as 57% of Turkey’s central government debt was foreign currency-denominated in August. This means that paying debt will become even more excruciating as the lira continues to drop in value.

As for Malaysia, we see a minimal impact from the lira drop on local companies. Only three companies have exposures to lira – Tenaga Nasional Bhd

The least impacted is TNB as its investments in Turkey have been written down, while Malaysia Airports Holdings does not have any significant debt denominated in lira.

For IHH Healthcare, our estimation showed that every 10% depreciation in lira will cause a mere 1.5% to 2.0% corrosion on the group’s earnings.

Moving forward, to prevent the inflation from running red-hot, diminishing people’s purchasing power, and to put the lira back on its feet quickly, we believe something needs to be done by Erdogan; raising interest rates and restore the currency’s credibility in both local and global economy.

Letting the lira to fall further can make people lose their trust and abandon the currency or withdraw their cash, which ultimately, can cause massive run on the banks.

By turning his policy around, we can expect lira’s position to be better and also more positive sentiment surrounding the economic recovery. 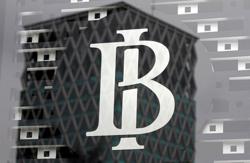