Lagenda to ride on improving Perak economy in Q4 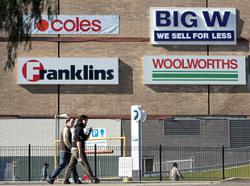 In a filing with the stock exchange, Lagenda, which focuses on affordable housing, said the net profit in the three-month period dropped to RM45.54mil as compared to RM49.81mil a year earlier. Revenue dropped 4.89% y-o-y to RM185.22mil.(File pic shows on of the many Lagenda properties projects.)

is likely to have a better fourth quarter (Q4) as the economy in the state remains open and construction activity picks up momentum.

“Hence, we expect a better showing in the Q4 financial year (FY) 2021 results quarter-on-year,” it told clients in a technical report on the company.

The fall in bottom line was due to the delay in construction activities caused by the movement control order and the intra-group adjustments arising from the asset injection exercise in the corresponding quarter.

In a filing with the stock exchange, Lagenda, which focuses on affordable housing, said the net profit in the three-month period dropped to RM45.54mil as compared to RM49.81mil a year earlier. Revenue dropped 4.89% y-o-y to RM185.22mil.

HLIB pointed out that Lagenda was planning to launch about 6,000 units of houses for FY22 with gross development value (GDV) of up to RM1.2bil whereby half of it will come from its new township in Tapah, Sungai Petani and Mersing.

“With the current inventory of RM512mil, the aggregate GDV available for sale in FY22 will be around RM1.7bil.

“The management is targeting 20% to 30% growth on confirmed property sales for FY22 which we believe could possibly be around RM800mil to RM1bil,” the research house said, adding that the 12th Malaysia Plan’s focus on building more affordable houses will result in Lagenda’s new launches experiencing a robust take-up rate.

It also said that on the back of Lagenda’s ability to acquire sizeable land at a low cost (5% to 6% of GDV), the recent hike in raw material prices is not expected to hit its bottom line, thanks to its above 20% profit margin, against its peers’ 5% to 15%. 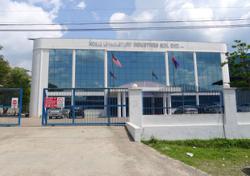