KUALA LUMPUR (Reuters) - Malaysian glove maker Top Glove Corp has slashed the amount it aims to raise from its planned Hong Kong listing for a second time to HKD3.68 billion (US$473 million), less than a quarter of its initial target, it said in a resubmitted listing application.

A stock exchange filing showed on Thursday that China International Capital Corporation Hong Kong Securities Limited had resubmitted the application to HKEX on behalf of the world's largest glove producer.

"After taking into account the prevailing share price of the Company and the funding requirements of the Group, the Board has resolved to revise the proceeds to be raised from the Proposed Issuance of New Shares," it said, adding there was no change to the offering size.

The company could raise about HKD4.24 billion if the over-allotment option is fully exercised, it said.

Top Glove initially planned to raise US$1.9 billion but slashed the listing size by nearly half in April.

Its listing plan was earlier delayed as the company sought to resolve a year-long U.S. import ban on its products, imposed for alleged forced labour found at its operations. The ban was lifted in September after the U.S. Customs said a thorough review of evidence showed Top Glove addressed all indicators of forced labour.

Top Glove plans to allocate HKD2.48 billion of its listing proceeds to the expansion of production capacity via six new factories in Malaysia, and developing a data-driven manufacturing system, it said.

It will also allocate HKD206.74 million for improving employees' welfare, including building and upgrading workers' hostels and facilities, and developing training programmes.

Meanwhile, another Malaysian glove maker HARPS Holdings announced that it was cancelling listing plans in Malaysia due to unfavourable market conditions. 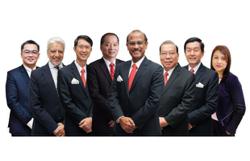