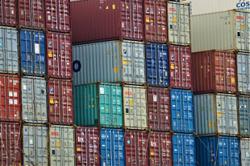 KUALA LUMPUR: Double-digit growth in Malaysia's September exports to Asean, China, the US and Japan boosted the country's total exports by 24.7% to a new monthly high of RM110.83bil.

On the back of the improved export performance, trade surplus grew 19.1% y-o-y to a record monthly value of RM26.13bil, International Trade and Industry Ministry (Miti) data shows.

September's performance also contributed to a record quarter for exports, which rose 15.8% y-o-y to RM303.74bil in 3Q.

According to Miti, the export growth in September was contributed mainly by robust external demand for petroleum products, manufactures of metal, palm oil and palm oil-based agriculture products as well as electrical and electronic (E&E) products.

Meanwhile, exports of abriculture goods recorded a 47.7% jump to its highest monthly value of RM9.67bil while mining goods exports surged 48.1% y-o-y to RM5.93bil.

By market, exports to China grew 19% to RM18.52bil in September, its highest-ever monthly value on an increase in shipments of metal, iron and steel product manufactures as well as LNG.

Of Malaysia's major trading partners, exports to the European Union saw the least growth of 3% to RM8.89bil

On imports in September, there was a 29.7% increase in intermediate goods to RM43.2bil, representing 51% of total imports. 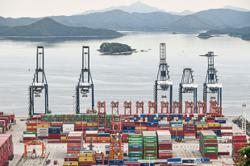 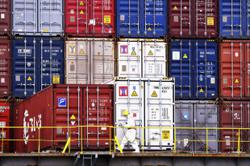