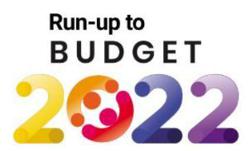 KUALA LUMPUR, Oct 22 (Bernama) -- Budget 2022, which will be tabled on Oct 29, is expected to stay expansionary despite limited revenue uptick coming on the back of a grand five-year spending plan under the Twelfth Malaysia Plan (12MP).

OCBC Bank economist Wellian Wiranto said the new budget is likely to stay expansionary, in part due to the political considerations ahead of a potential general election next year.

In a research note today, Wellian said the 12MP envisages a hefty 53.8 per cent increase in development expenditure compared to the 11MP of half a decade before, to as much as RM400 billion.

"To decipher how much development expenditure will be budgeted for 2022, it helps to know that 2021 figure was slated to be RM68.2 billion, leaving an average of RM83 billion worth of annual spending for 2022 to 2025.

"Hence, if the government is keen to showcase its seriousness about hewing close to the 12MP’s visions, it would likely ramp up to the tune of RM80 billion, if not more, at least initially,” he said.

Wellian highlighted that there has been relatively less clarity, however, when it comes to how to fund all these worthwhile projects,

"At the broad level, the 12MP envisions a considerable decline in fiscal deficit to 3.0 to 3.5 per cent of gross domestic product (GDP) by 2025, effectively halving the shortfall from what is likely to be close to 7.0 per cent of GDP this year.

"As clearly as it shows the market where the end-destination will be, the plan is a lot less explicit about the path it has in mind to get there, however,” he said.

Wellian opined that the path towards such a steep cut in deficit may be even more arduous, given the large increase in development expenditure and entail a similarly big uptick in incoming revenues.

He said the recent increase in debt ceiling from 60 per cent to 65 per cent of GDP would technically allow for deficit to be at a higher level in 2022, hence of the view that the government will act with some restraint.

"For one, potential action by ratings agencies continues to form a natural constraint, with S&P retaining a negative outlook on Malaysia’s sovereign rating, for instance.

"The recent uptick in Malaysian Government Securities (MGS) yields, while occurring at a time of some upward shift in global yields may also be indicative of bond supply concerns by market players,” he said.

Looking beyond Budget 2022, he said for Malaysia’s fiscal consolidation path to materialise more concretely, resolving the issue of revenue shortfall is inevitable.

"To that end, purely from the economics angle, the re-introduction of Goods and Services Tax (GST) remained the most viable option.

"To us, it remained a matter of when, rather than if, that the GST would make a comeback. It has to await the end of election cycle and also a firmer footing of economic recovery, nonetheless, which means that it is unlikely to take place before mid-2023 at the earliest,” he said.

In the meantime, to plug the revenue shortfall, the government might have to resort to the familiar strategy of leaning in on the state-owned oil and gas company Petronas for special dividends, he added. - Bernama